Capcom has announced that three brand new Resident Evil titles will be coming to the Nintendo Switch on May 21st. Switch owners should prepare their handheld consoles for some classic horror action.

It should be noted that European owners will be able to get all three games as separate digital downloads through the European eShop. North American owners can pick up 'Resident Evil Origins'at retail, but that bundle will only include Resident Evil HD Remaster and Resident Evil Zero. Unfortunately there is no known retail release date for Resident Evil in Europe. Pre-orders for these Resident Evil games begin on February 28th. For more information about the classic Resident Evil titles arriving on the Nintendo Switch, visit the official Resident Evil website here. 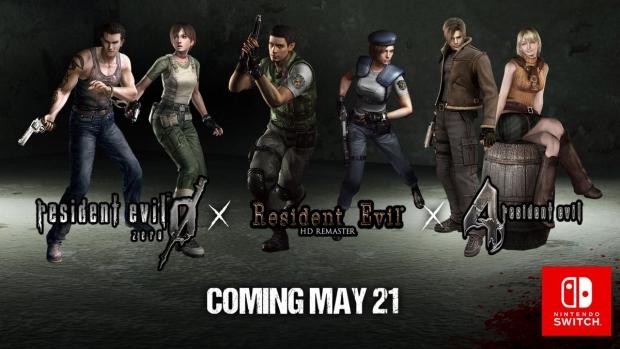