Huawei is preparing for its next-gen P30 smartphone launch, tweeting out the official launch date of March 26 and by the tweet it seems that the company will be taking to France for the unveil.

The company showed off images of Eiffel Tower, Arc de Triomphe, and Notre-Dame de Paris and also teased "rules were made to be rewritten", which seems like bad timing considering the turmoil Huawei is having with the US and President Trump. Huawei CEO Ren Zhengfei has called Trump a "great president" in between all of this hoopla, but I don't think it'll water down the P30 announcement next month.

Now, what we do know is that Huawei will be showing off some crazy camera advancements th at the P30 should have since the tweet included a video of some hotspots in France that it zoomed into. This leads us to believe that the Huawei P30 should have some ridiculous zooming abilities, an area that the company has been pounding with its phones for a while now: camera advancements.

Samsung has its own unveiling event on February 20, where we should be introduced to the new Galaxy S10 (and hopefully foldable Galaxy F smartphone). A few days after that is Mobile World Congress 2019, where we should see all the other phone makers unveiling a bunch of new devices. Huawei and Samsung are announcing their respective handsets outside of MWC this year, it seems. 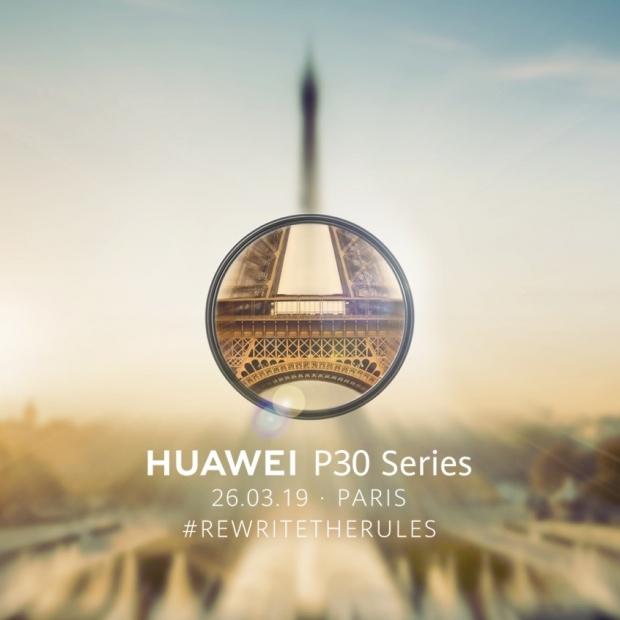