NVIDIA has had quite a bumpy ride since the release of its new Turing GPU architecture that split across teh Quadro RTX and GeForce RTX families of graphics cards, but today the company reported its Q4 2018 results and fell $500 million short of its previous guidance. 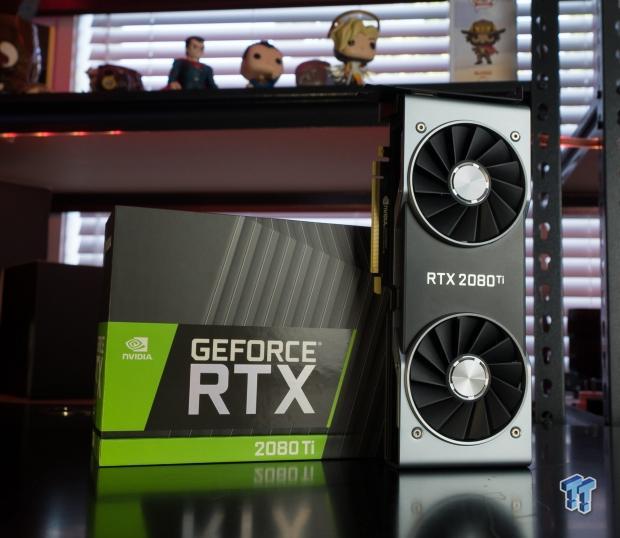 The company previously expected $2.7 billion in revenue but managed only $2.2 billion in revenues instead, with both gaming and datacenter revenue below NVIDIA's expectations, with NVIDIA promising to better detail its financial results during an earnings call on February 14. In a press release by NVIDIA, the company explained: "In addition, sales of certain high-end GPUs using NVIDIA's new Turing™ architecture were lower than expected".

NVIDIA founder and CEO Jen-Hsun Huang explained that the GeForce RTX 2080 and RTX 2080 Ti "deliver a revolutionary leap in performance and innovation with real-time raytracing and AI, but some customers may have delayed their purchase while waiting for lower price points and further demonstrations of RTX technology in actual games". Huang also talked about "economic uncertainties" as well as a "number of deals [that] did not close in the last month of the quarter".

Q4 2019 wasn't a good time for NVIDIA at all, with Huang calling the quarter "an extraordinary, unusually turbulent, and disappointing quarter".

Patrick Moorhead, Founder, President and Principal Analyst at Moor Insights & Strategy, said: "NVIDIA is suffering from two items that Intel cited in its revised forecast, which were softness in China and some conservativeness in the cloud mega datacenters consisting of the "Super 7" like AWS and Azure and Google. Also hitting is reduced gaming demand brought about by consumer's "wait and see" attitude on NVIDIA's new ray-tracing and AI accelerated GPU cards. Consumers want to see more games supporting ray-tracing and AI. Older, Pascal inventory is an issue as well as companies ordered two to three times more than they needed during the crypto-currency craze. I'm not concerned long-term at all as the company has the top of the stack datacenter training and gaming capabilities".