There will be plenty of new iPad Pro tablets under the Christmas tree this year, and now Apple has confirmed that the reports of the strange warping issue on some of the iPad Pros is indeed real.

The new iPad Pro has been shipping out bent out of the box, with Mashable reporting that Apple said this is something that happens during the manufacturing process, specifically after the "device's metal and plastic components cool. The tech giant added that it shouldn't affect performance, nor should the bend worsen as time goes by. Still, if you find the bend annoying, you should be able to exchange or return the device to Apple or retailers".

When consumers are paying up to $1899 for the high-end 12.9-inch iPad Pro with 1TB of storage and LTE connectivity... you'd kinda not want a bend in your new tablet, right? Plenty of reports state that even brand new shrink wrapped iPad Pros have a slight bend in the aluminum, without being touched at all. This means they're rolling off the production line like this, and Apple are happy putting them on shelves and then into consumers' hands.

Of course, the many pro-Apple sites out there aren't getting angry at it (not surprising) and even The Verge says "the fuss is over nothing". 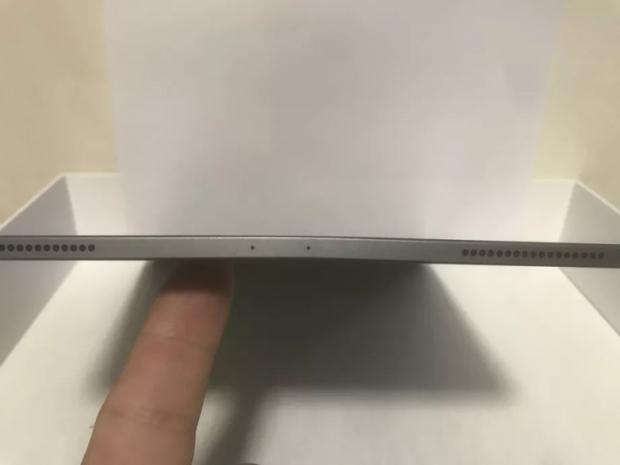