Intel is preparing its new flagship Xeon W-3175X processor to compete with AMD's continued Ryzen Threadripper threat, with the new CPU from Intel coming in as a 28C/56T chip in a world where Threadripper 2990WX chimes in as a 32C/64T beast. 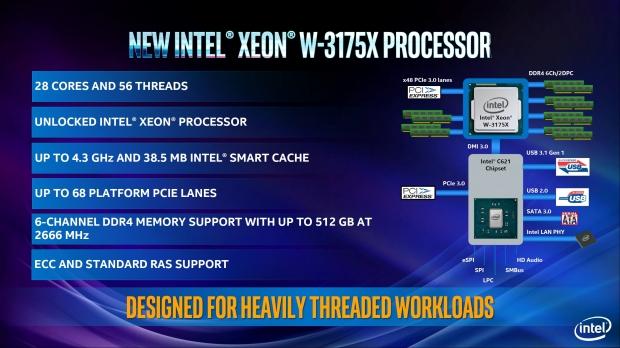 Some of the listed prices for the Intel Xeon W-3175X range from $3900 through to just under $7000... all the while AMD is selling the Ryzen Threadripper 2990WX processor for $1700, and it packs more threads than the Xeon CPU, for less than half the purported price of Intel's new flagship Xeon.