Blizzard is once again getting into the festive spirit with a new update for Overwatch that arrives as the Winter Wonderland event, providing new skins, emotes, and more for the game to celebrate all things Christmas. Check out the trailer below:

The developer has been showing off individual Overwatch characters and their new festive outfits on social media over the last few days ahead of the Winter Wonderland update, but now we have a full detailed listing of what to expect. Roadhog receives an aweseome-looking Rudolph outfit for Christmas play in Overwatch, while Santa Claus costumes are provided for Mei (she looks SO good with it on) as well as Torbjorn.

Blizzard has thrown in two new brawls into Overwatch's new Winter Wonderland update, with the first dubbed 'Yeti Hunter'. In this mode, a team of Mei players will have to chase a Winston player who features the Yeti Skin festive outfit. Mei is featured in the second brawl which is called 'Snowball Offensive' that sees Mei sporting a modified Endothermic Blaster that launches snowballs that are painful one-hit KOs.

The new Winter Wonderland update for Overwatch runs between December 11 and January 2, and is 560MB or so on the PC. 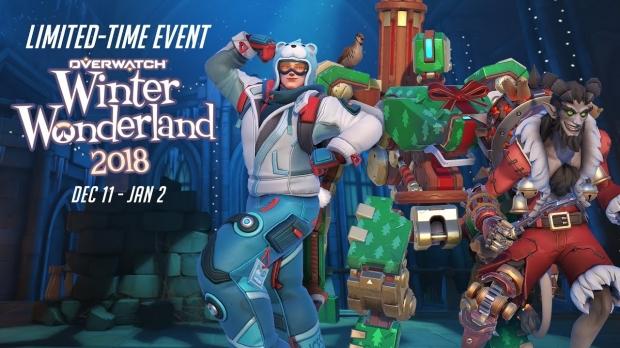