A new turn-based tactical game called 'Mutant Year Zero: Road to Eden' launches tomorrow and ahead of the games release, developers 'The Bearded Ladies' have dived into some juicy details about the title.

WCCFtech was lucky enough to be able to get an interview with Haraldur Thormundsson, CEO of the development team. Thormundsson answered several questions regarding the games storyline and if it is linear, side content, how many mutants players would have to choose from, mod support, console enhancements and a Nintendo Switch port.

Glossing over the above mentioned questions, players will be immersed within a linear storyline that will provide some choices in side-missions. Players will have 5 mutants to choose from but only will be able to select 3 to play with, there will be not mod support as of yet but that could be subject to change in the future. Console enhancement wise; "Max resolution for Xbox One X: 3200×1800. For PlayStation 4 Pro, the UI resolution is rendered at 4K while the frame resolution is 80% of 4K (3072×1728)." Since Mutant Year Zero: Road to Eden runs on Unreal Engine 4, a question was posed if we would see a Nintendo Switch port, Thormundsson answered with "That is something we will look into soon(TM)." 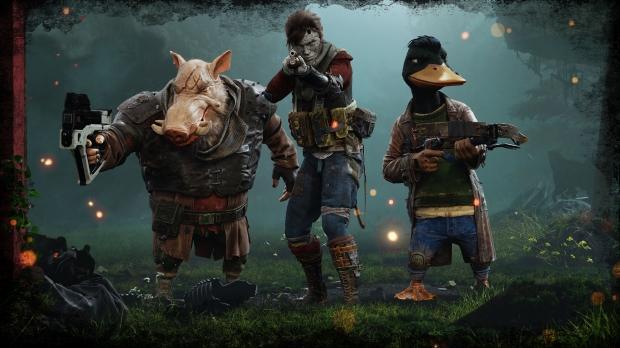