There was some recent rumors floating around from dataminers that suggested that SMITE was going to be added to the Nintendo Switch library of games, it appears these rumors are true and we could see a Switch SMITE release on November 16th. 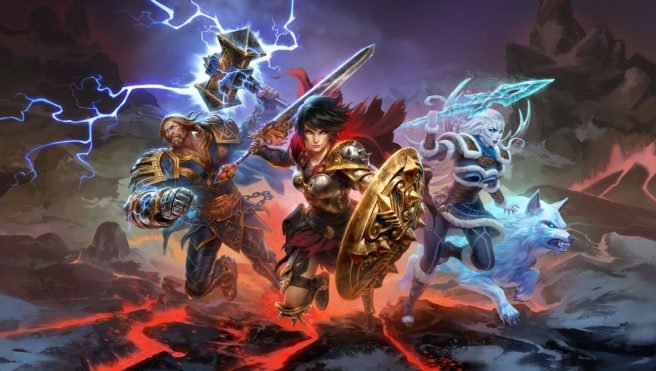 For those that don't know what SMITE is, SMITE is a multiplayer online battle arena that allows the player to experience the likes of being a God in the first person point of view. Just like other MOBA games such as League of Legends and DOTA 2, SMITE has a large vartiey of champions (Gods) and respective skins for them, there is also constant updates headed to the game and the additionally new God added every now and again.

The confirmation comes from Nintendo Everything as they claim that Nintendo will sell SMITE as a bundle "200 Gems, 400 Gems + Smite Founder's Pack." According to Nintendo Everything the SMITE listed is priced at 23.69 pounds which equates to $30 USD. We will be sure to update you once an official announcement has come from either SMITE developer Hi-Rez Studios or Nintendo themselves.