1,000+ games have arrived on the Switch and Nintendo are celebrating the achievement with a brand new trailer showcasing some of the most popular titles on the handheld console.

The catalog of games the Nintendo Switch how grown quite extensively since its March release back in 2017. Now the handheld console offers gamers 1,000 different choices and some of the most popular titles for the Switch have been showcased in Nintendo's newest trailer.

We can see players enjoying the likes of; Super Smash Bros. Ultimate, Pokemon Pikachu/Eevee, Splatoon 2, Diablo III: Eternal Collection, Fortnite, FIFA 19, Super Mario Party, Dark Souls Remastered, Nintendo Labo, GO Vacation, Mario Kart 8 Deluxe and the Nintendo Switch Online service. It should be noted that Nintendo have specifically chosen each of these games to be showcased in different environments and in different ways, this gives a good representation to how versatile the Nintendo Switch is and how it can basically be used anywhere at anytime. 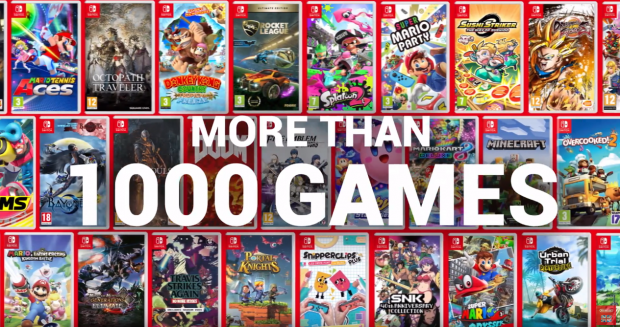