Sony has revealed the prices of their coming Black Friday sales headed for PlayStation. The sales will be lasting a week and will include big deals for consoles, controllers and PSVR.

Sony has released a new trailer for their coming Black Friday sales headed for PlayStation. The trailer concentrates on Sony giving everyone a reason to not go outside this Winter and instead stay inside and enjoy their opportunity to play some great games on Sony's platform.

Sony has also taken to their PlayStation blog to give details about each of the deals that will be coming. Firstly, over the course of November 18th to November 26th, consumers can pick up a 1TB PS4 system that includes a physical copy of Marvel's Spider-Man and a DualShock 4 wireless controller for just $199. DualShock 4 controllers by themselves will be going for $39.99 and also PSVR systems will be priced at just $199. For gamers, there will be massive discounts across popular game titles and also a discounts on the PlayStation Plus 12 month subscription. For more details, visit the official Sony blogpost here. 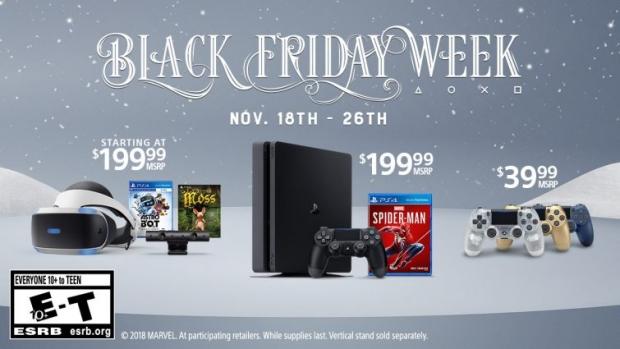