Samsung is going to have the biggest year of all time in 2019, with the company hyping up the release of the world's first foldable smartphone that will act as a tablet in your pocket, but there's also the Galaxy S10, Galaxy Note 10, and their 10-year anniversary of launching the Galaxy range of devices. 2019 is going to be huge. 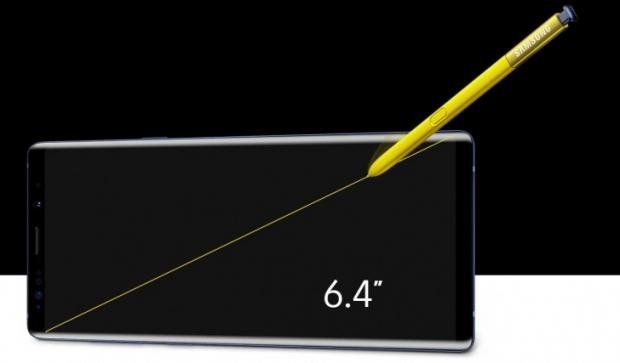 But now there's new rumors on the larger-than-life next-gen Galaxy Note 10 which will reportedly ship with a huge 6.66-inch panel, with Samsung summoning the devil with its new Super AMOLED display. This is a chunk larger than the 6.4-inch panel on the Galaxy Note 9, and larger than the iPhone XS Max with its 6.5-inch display. There will also be the Galaxy S10 and S10+ to content with.

Samsung's upcoming Galaxy S10+ is said to have a 6.44-inch display, while the normal Galaxy S10 will reportedly have a 5.8-inch panel which is the same as the S9, while the S9+ rocks a 6.2-inch panel.