This time round, developer of Kingdom Come: Deliverance will be bringing players a little bit of sap in the form of a love story. Introducing 'The Amorous Adventures of Bold Sir Hans Capon' as he attempts to court a beloved maiden.

Players will be playing the wingman of Capon as the love struck man attempts to sway a fair maiden named Carolina. Of course, just like every love story there is twists and turns at every corner, making it blatantly obvious that this isn't going to be easy. Players will have "three new quests, in which you will not only have to read love poems, arrange a nighttime tryst and keep an enraged butcher at bay, but also infiltrate the camp of a band of bloodthirsty brigands, enter a dice tournament, dig up a corpse, investigate a murder and...er...perhaps commit a few. All for love, of course!"

In addition to undoubtedly great love story, players will also be able to sink some hours into the free 'Tournament' update coming on the same day. Jump into the ring against some combatants and win some money or even some new armor. Before players can do that though, they will be required to complete the new quest which adds around 5 hours of gameplay. Kingdom Come: Deliverance 'The Amorous Adventures of Bold Sir Hans Capon' DLC will be released on October 16th, alongside the 'Tournaments' update. For further information regarding the title, visit the official Kingdom Come: Deliverance website here. 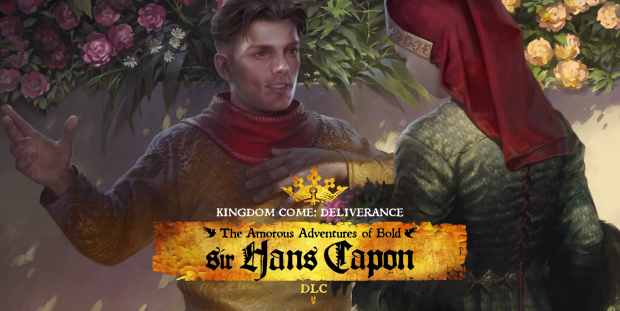