Are you a fan of the Nintendo Switch Pro Controller? or do you prefer the classic GameCube controller? Well, PowerA are releasing brand new wireless versions for both and they are officially licensed by Nintendo. 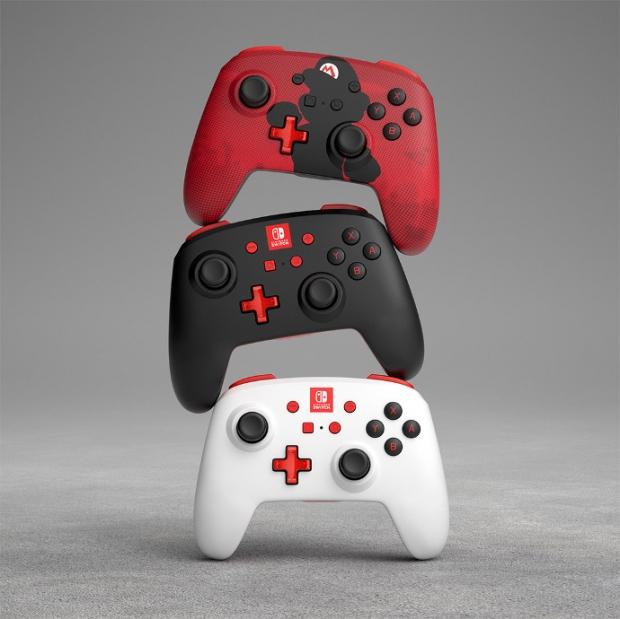 According to the press release from PowerA, the new controller looks identical to the standard Pro controller, but will feature an additional two mappable advanced gaming buttons on the backside. The controller will also be featuring button mapping, player number LED's for power and a low battery warning. Unfortunately the controller does not have rechargeable batteries but will instead use two AA batteries, which estimates around 30 hours of charge.

PowerA will also be releasing a wireless and wired GameCube controller to coincide with the release of Super Smash Bros. Ultimate in December. Players will be able to choose between different color schemes that "offer an old-school vibe with all the modern bells and whistles." The PowerA Enhanced Wireless Controller for the Nintendo Switch is currently available for pre-order for $49.99. The wireless GameCube controller will be available to pre-order for $49.99 and the wired version will be available for $29.99.