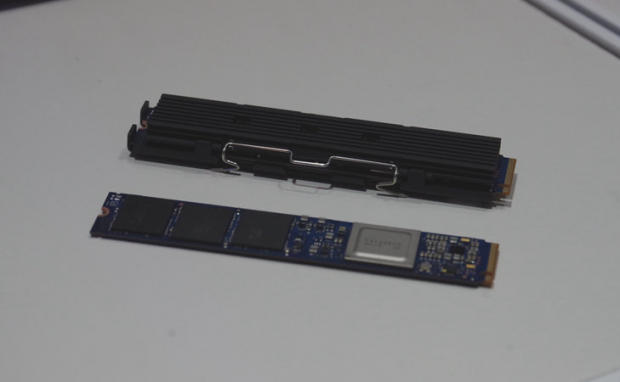 There are not many secrets when it comes to Intel's upcoming 905P Optane M.2 SSD. The drive made center stage at Intel's Computex Keynote, was running in every motherboard vendor's booth, and again on display at Flash Memory Summit. We know so much about the M.2 version of the fastest consumer SSD ever released that it's almost like they've been on sale for months. The only problem, they haven't and until the other day no one outside of Intel knew when these small form-factor drives would go on sale. 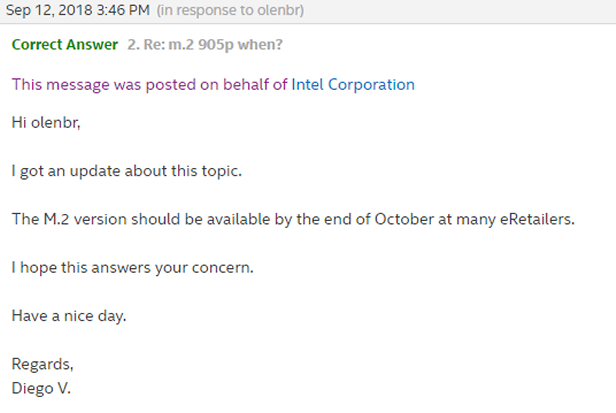 A discussion on Intel's forum answered the time to market question. The M.2 905P will go on sale in late October according to an Intel representative. We know the M.2 series will start with a 380GB model in a 22110 size but are not sure about other sizes.

What makes the 905P different from Intel's existing Optane SSD is the seven-channel controller that increases performance and capacities. Power and thermal constraints may limit the M.2 905P performance compared to the add-in card version, but we don't expect to see a large drop. We also don't expect to see large capacities with the M.2 drive until IMFT releases second generation 3D XPoint memory.