Feral Interactive has taken to their Twitter page as well as their YouTube Channel to announce that ROME: Total War is on its way to the iPhone. The title is scheduled for release on August 23rd.

The upcoming iteration of ROME: Total War for the iPhone will be including a very specifically redesigned user interface. According to Feral Interactive, the game is going to be taking full advantage over Apples Metal API, this will give the title further performance and overall provide a smoother experience for the user.

According to the mini-website made by Feral Interactive, ROME: Total War will be available on the following models of iPhone: 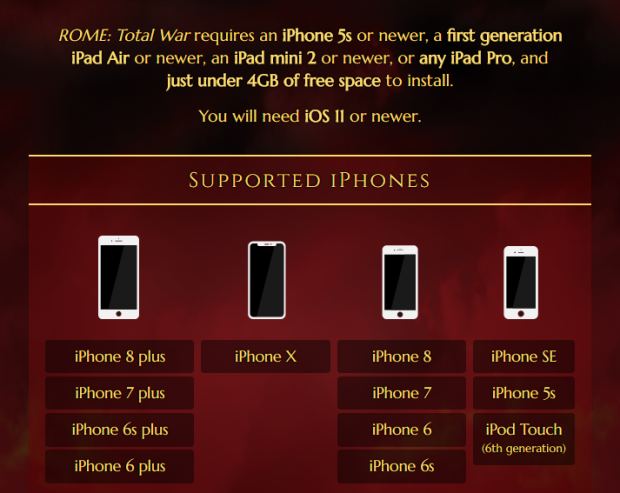 For those interested in picking up ROME: Total War, the game will be available on the App Store for just $9.99 and will require iOS 11 and 4GB of HDD to install. For further information regarding ROME: Total War, visit the official website here.