Team17 has taken to their website to announce some new content for Overcooked 2. Players that are master chefs and have already completed the game will be glad to know the steaks have just been amped up, introducing New Game+ mode. 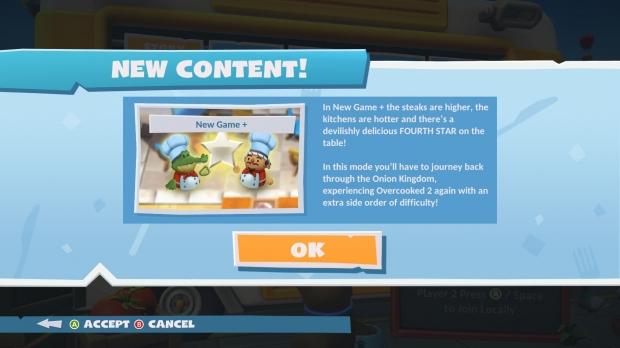 According to the Team17 blog post, players that have already achieved the 3-stars on each level will now have a brand new goal. New Game+ will be available to players that have already "ventured through the Onion Kingdom for the first time", the mode will allow for ambitious cooks to replay the 45 kitchens at much harder difficulty. This increase in difficulty will cause each of kitchens to reward players with 4-stars instead of 3, thus showcasing further the players pure cooking greatness.

Team17 also mention throughout the blog post that even more content is in the pipeline for Overcooked 2, we will find out about this content in the "days, weeks and months ahead." For further information regarding Overcooked 2, visit the official website here.