Blizzard knows how to perfectly milk their franchises, with the developer teaming with Hasbro on some awesome Overwatch Nerf guns. 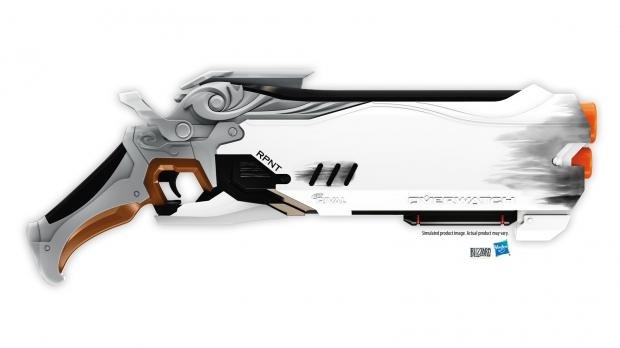 The first out of the gate will be Reaper's iconic, and if you play Overwatch, super-annoying shotgun. The Nerf gun will sport 8 of Nerf's own Rival rounds, with a ready indicator and safety lock for style. Hasbro and Blizzard haven't talked pricing yet, but I'm sure it's not going to come cheap.

I don't know if it's just me... but Reaper has two shotguns, so it would be disappointing to buy these new Nerf guns out of a pair. What I'd love to see are the guns from other infamous Overwatch characters like D.Va, Soldier 76, and many others. It would be awesome to have a collection of them, including Mei's freezing blaster for example, or even Mercy's pistol.

There's no idea on pricing just yet, but they have promised the Nerf Rival Overwatch Reaper Wight Edition (yeah, that's the real name of it) will be released in 2019.