Comic-Con 2018 - DC didn't have the biggest year last year with the how-the-hell-did-it-get-that-bad Justice League, but they could be back with Aquaman later this year, with the company releasing the first official trailer to the Jason Momoa led blockbuster.

The trailer gives us a good glimpse of what to expect: Aquaman's origin story from birth to hero, similar to what we saw with Snyder's reboot of Superman with Man of Steel. Nicole Kidman plays Aquaman's mother, Queen Atlanna, while Patrick Wilson plays his half-brother Orm, also known as the Ocean Master.

Kaan Guldur plays Arthur Curry as a youngster, eyeing off bullies when they're pushing him around in an aquarium of all places, with the sea life and some gigantic sharks taking his side.

The one thing I noticed is that Aquaman looks brighter and more colorful than previous DCEU entries like Man of Steel, Batman v Superman, and Justice League. This is great... maybe we're finally seeing the change we need after the mess of Justice League. 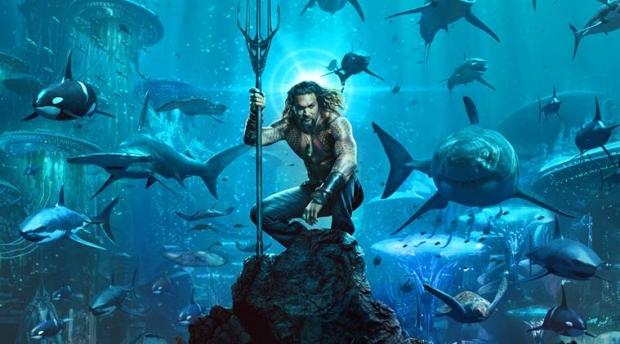