Shinya Takahashi, Nintendo's head of software development has taken to Twitter to post a short video detailing specific titles that Nintendo have updates in the pipline for.

Mr. Takahashi was asked by Nintendo how some of the most popular Nintendo titles would fair up in future. Mario Kart 8 Deluxe was discussed and Takahashi mentioned the fact that players now have the option to enjoy motorbike races with Nintendo Labo. Takahashi also says that "There will be further updates for Mario kart 8 Deluxe so please look forward to it."

Unfortunately, the short video doesn't detail what these specific updates will be, so when this information is released I will be sure to update everyone in another article. Takahashi continues by saying that he hopes everyone is still exploring Zelda: Breathe of the Wild and that the more he plays, the more surprises he finds. He finishes up the video by saying that the Octo Expansion for Splatoon 2 will be receiving free updates all the way until December.

Mario Kart 8 first released on the Wii U on the 29th May 2014, Nintendo then decided to release the Deluxe edition four years later on the 28th of April 2017. Mario Kart 8 Deluxe is only available on the Nintendo Switch and features all previously released DLC's and comes with upgraded graphics and performance. 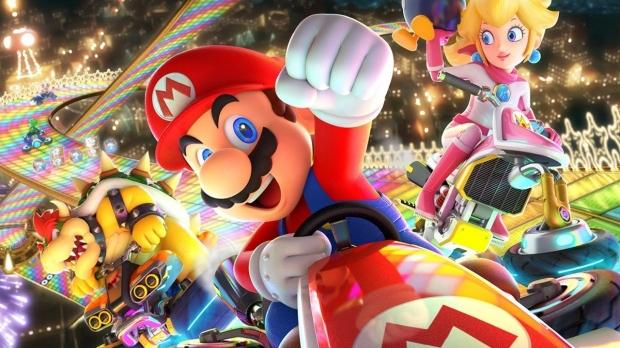