The future of rendering special effects and CG animation is about to change, with OTOY unveiling RNDR which looks to the cloud, blockchain, and cryptocurrency technologies to use PCs and graphics cards that are otherwise unused, to render CG images for content creators. 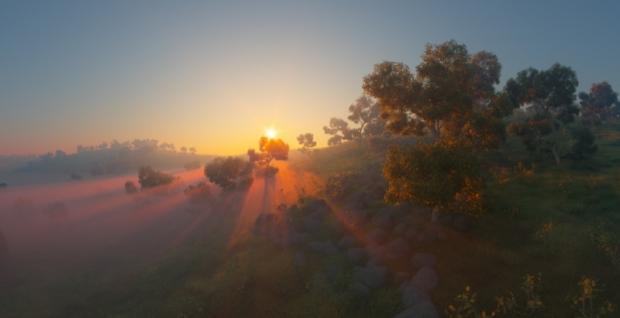 OTOY CEO Jules Urbach believes in the future of blockchain being used for collective rendering, opening up an Initial Coin Offering (ICO) last year with Render Token, and driving it home with the just-announced RNDR. Render Token lets people invest in it, as it uses a distributed GPU rendering network to entice users to invest, so that content creators can tap into users' unused computing power to get their jobs complete.

RNDR is available immediately so that users can tap into the largest GPU network in the world, from wherever they have internet access. OTOY is hoping to see RNDR help out with the continuously growing demand for virtual/augmented/mixed reality, CG, and other content creators.

The payoff for users that give their GPU and computing power to OTOY for RNDR tasks? Once the rendering job is complete, the creator's payment of RNDR tokens will be held in escrow until the job is completed, and upon completion the tokens can then be taken.

Once the rendering process is underway, you can watch the status of the render itself that includes updates like scene previews, and more. As the job progresses, RNDR token usage increases, and then once the job is finished the frames can be downloaded and the RNDR token transfer begins.

OTOY has had some help with its RNDR initiative, with some Hollywood heavyweights stepping up to the RNDR team and advisory board that include J.J. Abrams, and talent agent Ari Emanuel.