The most popular streamer on Twitch for PlayerUnknown's Battleground is no doubt Michael Grzesiek, better known as Shroud. Well, Shroud won't be at the top of Twitch streams for PUBG for at least a while, as he has sadly been banned from the game for an entire month.

Shroud was streaming with a fellow known streamer Wadu, both the players while working their way through a normal round of PUBG encountered a hacker. Both streamers decided to team-up with him, the hacker had the ability to make cars fly, wall-hack and cheats to allow him to see through structures.

Shroud later found out while half-way through a match that PUBG decided to ban him for an entire month. In response to this Shroud commented the following: "It really goes to show that [developer] PUBG [Corp.]-full offense to you guys-don't give a s-, because that guy should have been banned immediately" Shroud also said that he encountered the very same hacker three separate times and wondered how the player was not banned yet. 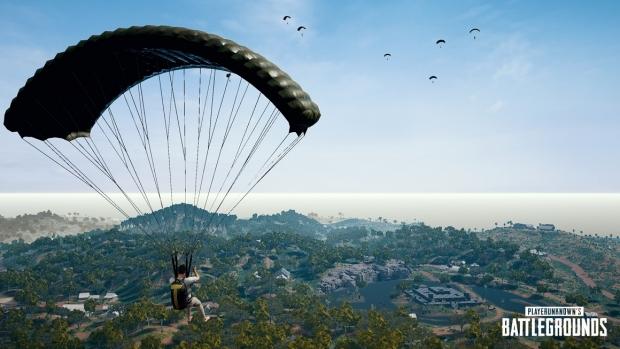 PUBG definitely did show some tough love to Shroud even though the streamer raised a very valid point. Having encountered the very same hacker throughout numerous games showcases that the developer still needs to stomp out the rest of the hackers that are rouge throughout the title. This also isn't the first time a popular streamer has felt the tough love from PUBG, Dr. Disrespect was banned for less after team-killing while on stream. To wrap up everything, Shroud apologized to his fans and said "I'm sorry to those peeps who are real upset with me, with all the, y'know, flying around with the cheater and such"