Microsoft has just unveiled a brand new controller for their Xbox One, this controller is specifically designed for all those sports games fans out there and comes with a bonus 14-day trail for Xbox Live Gold. 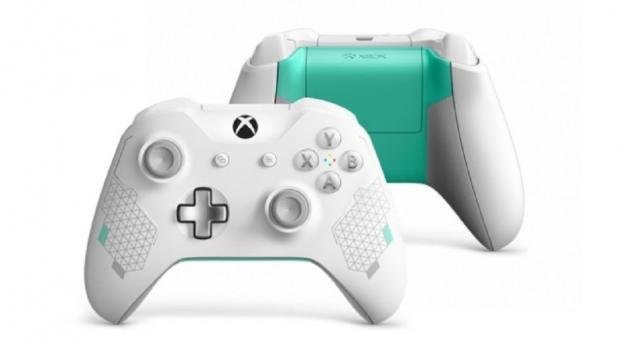 Microsoft has deemed this new controller as the 'Sport White Special Edition' and has been inspired by athletics and sports lifestyle gamers. The Sports White is just one of the first controllers of the upcoming 'Sport series' that Microsoft plan to roll out. According to Major Nelson, the controller features "mint accents, and grey and silver patterns", the "rubberized diamond grip on the back" is designed for comfort so players can stay attuned throughout long period gaming sessions.

Microsoft are also releasing a premium 'Sport White Special Edition Xbox Pro Charing Stand.' It is aimed to keep the controllers fully charged with the luxury and simplicity of seamlessly removing the controller from the stand when desired. Each of the charging stands comes with a battery cover, rechargeable battery and a 6-foot power cord. The controller itself comes in at $69.99 and will be available starting July 31st, shipping will begin on August 7th. The charging stand will cost $49.99 and will be available for retail on August 7th. If you are interested in any of Microsoft's new products visit the official Microsoft Store here.