In a story that is beyond sad, PayPal issued a letter to a woman who had died of cancer to tell her that her death was a breach of their rules, and that the company would look at legal action against her. 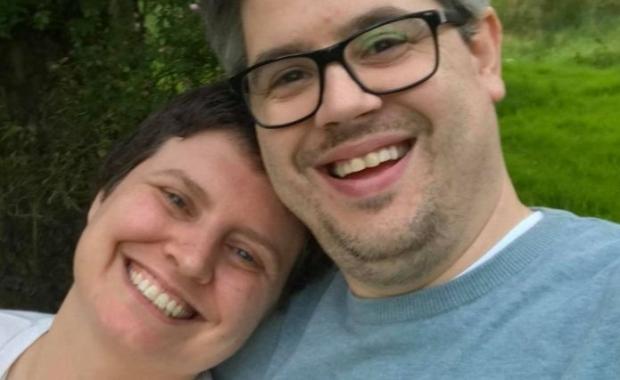 PayPal has since said that the letter was "insensitive", apologised to her husband, and is now working out how it was sent. Lindsay Durdle died on May 31 at just 37 years old, after an 18-month battle with breast cancer that had eventually spread to her lungs and brain.

After receiving the heartless letter, her husband contacted the BBC about the story. PayPal was informed of Lindsay's death three weeks ago now, sending the company copies of her death certificate, her will, and his ID. PayPal then sent him a letter in return that was headlined with "Important: You should read this notice carefully". 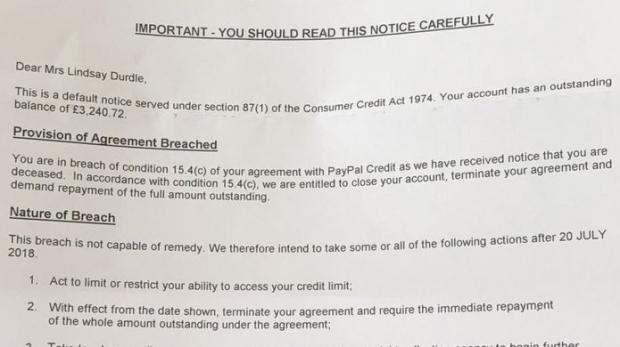 In the letter, PayPal said that Lindsay owed the company around £3,200 (around USD $4240) with the letter continuing: "You are in breach of condition 15.4(c) of your agreement with PayPal Credit as we have received notice that you are deceased... this breach is not capable of remedy".

Since the company was contacted by Mr Durdle, PayPal have said it has written the debt off and is looking into the case "as a priority". A spokesperson for PayPal said: "We apologise to Mr Durdle for the distress this letter has caused. We are urgently looking into this matter, and are in direct contact with Mr Durdle to support him".

A letter like this at a time of mourning would tip me over the edge personally, but this guy has a calm side to him. If it was me I would've lost it by now, but he addressed PayPal respectfully, saying: "I'm in a reasonable place at the moment - I've got quite a level head on my shoulders - and am quite capable of dealing with paperwork like this".

He added: "But I'm a member of the charity Widowed and Young, and I've seen first-hand in there how a letter like this or something like it can completely derail somebody. If I'm going to make any fuss about this at all, it's to make sure that PayPal - or any other organisation that might do this kind of insensitive thing - recognises the damage they can cause the recently bereaved".