Sea of Thieves isn't the most exciting game at launch, with Rare completely aware of this so the developer will be making some changes in their upcoming May update that will address at least some of the boredom.

In the upcoming update to Sea of Thieves, the developer will be introducing The Hungering Deep, something that focuses on a "new AI threat" and a special event. Not only that, but Rare will be including weekly events that they promise will add "new mechanics" and rewards. Later in the summer we're told to expect a new ship type with Cursed Sails, and a new region with Forsaken Shores.

Both of these updates will include new gameplay dynamics, AI enemies, and rewards. The developer has said that their plans are more "fluid" after they promised pets and ship captaincy earlier, something the developer has said is now "on the back burner" while they address immediate problems of... well, not much to do in Sea of Thieves.

It's great to see Rare on the attack with Sea of Thieves, since it seems like a promising game, with just not much to do... for now. 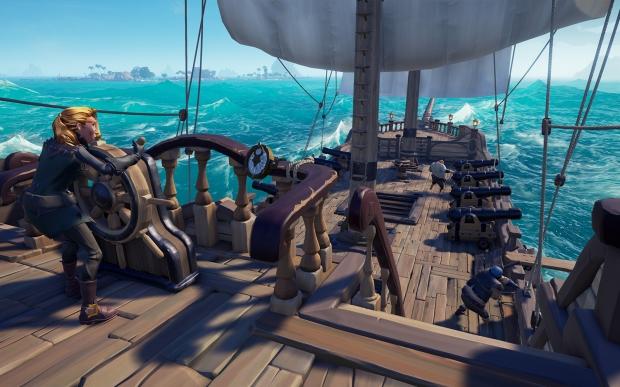