Quantic Dream is one of my favorite game developers, as they try to push the boundaries of what the cinematic gaming experience should be, and bit by bit they've been unveiling their next game... Detroit: Become Human.

IGN has one of their IGN First videos that is between Quantic Dream, talking about Detroit and its push into being in a world of its own when it comes to cinematic gaming experiences. There are near unlimited choices in the game, with Detroit moving past the usual "left path or right path" that traditional games give you.

Quantic Dream boss and Heavy Rain and Detroit mastermind David Cage explains: "Depending on how you play, there are entire scenes you can see or miss. There are characters that can be with you for just one scene or until the very end of the game. In Detroit, all the three player characters can die at different points in the story, so you really have to be careful and think about your choices, and really care for them, because you might lose them. It's always surprising to see the permutations [when people play Detroit] - how did you get this? How did you do that? It's a real nightmare for the QA teams to be honest with you".

Adam Williams, the head writer on Detroit, explains: "The story you get when you play the game will be incredibly personal to you. You're going to get a kind of 'narrative fingerprint,' because no two people are going to get quite the same experience. There's a map of all the possibilities in the game, and it looks like a constellation or galaxy. The question 'How many endings are there?' implies there's one horizontal axis of 'Ending A, Ending B, Ending C,' but even what one considers an ending is variable. There's not a cannon version of Detroit. It's not a single story you can tweak, it's a context in which you can make your own story".

Detroit: Become Human launches on May 25, as a PS4 exclusive. 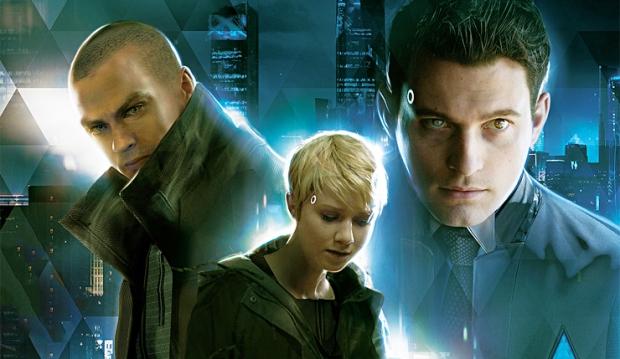