Campo Santo, the developers by the highly acclaimed single-player first-person mystery title Firewatch, has confirmed that Firewatch will be coming to the Nintendo Switch. 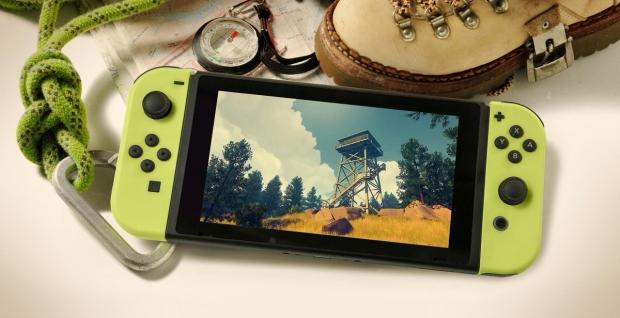 Firewatch forces players back to the world of 1989, where you have taken a job as fire spotter deep in the Wyoming wilderness. Players only have their supervisor Delilah to talk to which creates a feeling of isolation and forces immersion upon the player as she is the only contact with you to the outside world.

Camp Santo has posted a short description of their title coming to the Nintendo Switch onto their website, it reads as follows: "Imagine: The sounds of a babbling brook, a cool mountain breeze blowing through the timber. And in your hands, your trusty Nintendo Switch. This Spring, take your Nintendo Switch on an outdoor adventure and experience the gripping mystery beloved by gamers and critics alike."

To check out the full post, visit the official Firewatch game website here, or checkout the new game the developers are working on here.