Nintendo has released an announcement trailer on their official YouTube channel, it is no other than the The Incredibles being debuted to the Nintendo Switch, in LEGO form!

From the above trailer we can see each of the characters using their respective family powers in building a massive Incredibles logo made out of LEGO. In the description of the video it is detailed that players will be tackling crime together as a family, they will be exploring action-packed story levels in locations such as Municiberg and New Urbem.

Players will also be able to "assemble incredible LEGO builds either on your own or team up with family and friends in two-player co-op mode for twice the fun." LEGO The Incredibles will be coming to Nintendo Switch users on June 15th 2018. 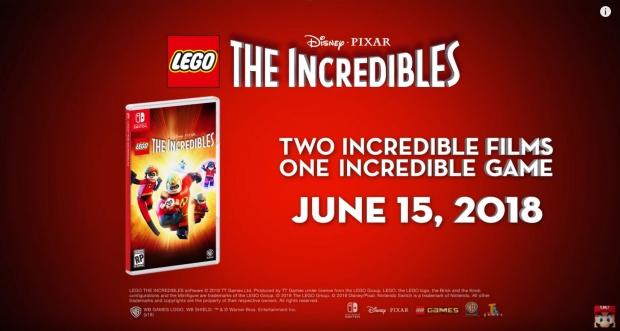