Yuji Naka, who's credited with programming and helming the original Sonic games and basically pioneering the Blue Blur's definitive gaming experience, is now working with Final Fantasy publisher Square Enix on something new. 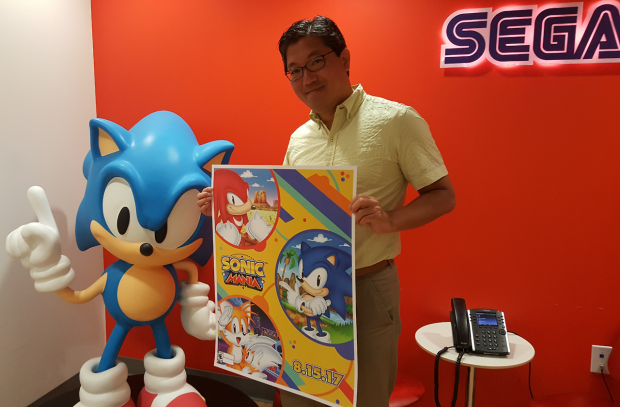 While Naka didn't actually jump from SEGA to Square Enix--he left the company in 2006 to start up his own indie studio called Probe--the move is quite interesting to say the least. Square Enix is gearing up for a number of games in its next fiscal slate and beyond, some of which we actually know about (Final Fantasy VII: Remake, another NieR game, Octopath Traveler, the new Marvel Avengers and Guardians of the Galaxy game, etc) but Yuji Naka's project might be one of the mystery ones left in the dark.

"Just a quick note to let you know, I joined SQUARE ENIX in January. I'm joining game development as before, and strive to develop games at SQUARE ENIX. I aim to develop an enjoyable game, please look forward to it," Naka wrote on Twitter.

I'd like to think Naka is helping Square Enix make more unique games on the Nintendo Switch, as his skillset fits perfectly with the weird games you'd expect on the console-handheld hybrid.