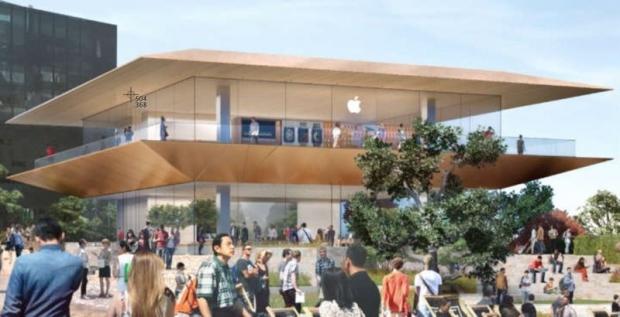 The new store will be 500 square meters of new public space and will connect Federation Square with the Yarra River and Birrarung Marr. Based on the above renderings Apple will be replacing the old Yarra building with the new one, which will have glass windows surrounding it allowing for a sight for customers over the Yarra River.

Angela Ahrendts, the retail chief at Apple has told The Australian that the store will be a "bespoke design concept" and have "extensive landscaping."

"Apple Federation Square respects the original vision for the plaza, with a bespoke design concept and extensive landscaping bringing increased opportunities for the community to enjoy this renowned cultural hub."

"We're thrilled to move forward in the planning process for our new home in Melbourne's Federation Square and would be honoured to call the world-class galleries and museums of Melbourne our neighbours," Ms Ahrendts said.