Apple has shared reports on their App Store support page showing statistics of their of their current devices and the percentages of which devices are using specific operating systems. According to the statistics shown 59% of Apples devices are currently using the new iOS 11, this is an increase of 7 percent from last months calculations of 52%. 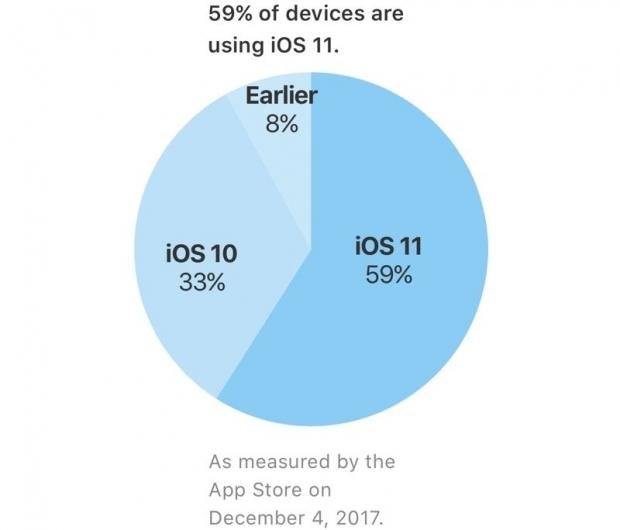 This adoption of iOS 11 has been slower than that of iOS 10, according to Apple's official App Store statistics iOS 10 was adopted much quicker after its release with 54% of users downloading the update. This 2% decrease in installation despite Apple's efforts to update iOS 11 with focus of solving bug fixes that are throughout iOS have not caused a increase in installation rates.

Keep in mind though, Apple have just released their new software for iOS 11.2, Apple Pay Cash was suppose to be rolled out to devices over the course of the weekend but instead the update was released early to fix a bug that caused it to crash. Now that bug has been fixed by Apple may see a increase in users updating to the new iOS 11.2 update as more and more people adopt the new Apple Pay Cash system.