Overwatch director Jeff Kaplan shares a thoughtful peek into the current development and upkeep of Blizzard's Overwatch, illustrating just how determined and dedicated the team is. 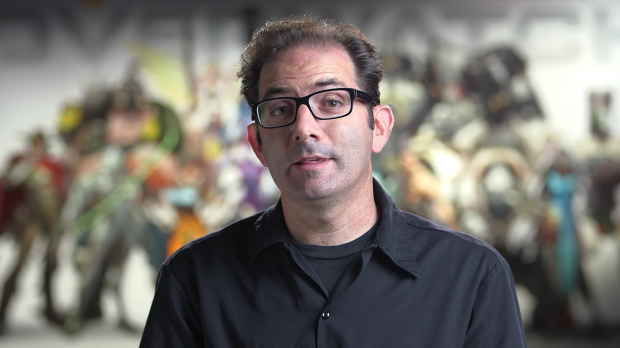 Although Overwatch shipped in 2016, it's still not finished: like most service-based games, Overwatch will continually evolve over time. That means the development team's job is never, ever finished, and according to Overwatch game director Jeff Kaplan, everyone on the team is extremely ardent in their cause. Mr. Kaplan recently shared a rare thought-provoking look into the pure love and dedication that developers put into their games, especially the talented folks at Blizzard who are known for their near-superhuman feats.

Mr. Kaplan's post is long, and it's pretty deep, layered with truths and wisdom and sincerity. It's something I don't think a lot of us expected: a game director taking the time to be frank with us, talk to players and the community directly while also discussing just how vulnerable he and the rest of the team feels sometimes. This is something important that I think every Overwatch player--scratch that, every gamer--should read because it's powerful and shows how developers are human, how they're not just vending machines that are there to cater to you. They believe in the games, they put their heart and souls into them, and they love the experiences they create. More than that, though, they love the community and the people who play them.

Here's what Mr. Kaplan had to say, and I advise everyone to read it in its entirety.

When we launched Overwatch in May of 2016 our team comprised 70 developers. When I say developers, I am specifically talking about artists, engineers, producers, sound/music designers and game designers. We're now at just north of 100 developers. We do have a few open roles (you can check our job site for these) but we mostly feel pretty good about the size of the team in regards to the things we'd like to accomplish. One of the things we value as a team is the concept of doing more with less. Even though I wouldn't say we're necessarily a "small" team as modern development standards go, we're certainly not an overly large team either.

We view ourselves as artists and craftspeople and we like to avoid that feeling of being "cogs in a large machine". We like the fact that we own Overwatch together as a unified team with a shared, collective vision. There is not one person -- or select people -- who dictates what we do. We're not peons of some visionary -- just implementing his or her vision -- and we're certainly not beholden to any corporate "overlords" telling us what we can or cannot do. We are 100+ game developers who absolutely love playing and making Overwatch.

The day we announced/launched/put OW into Beta, the game belonged to a large community. And we truly do see ourselves as the custodians -- not overlords -- of the game and community. With that said, something that no one can ever take from us is that the 100 or so of us on the team created something together that we truly believe in and stand behind. We have poured our hearts and souls into a game that we believe is special. We've staked our names and our careers on it. We try -- every waking hour -- to show how much love and magic we believe Overwatch can represent.

Do we do everything right? Certainly not. The 100 members of the OW team are *far* more critical than most of you of the game on a good day (although we're a little more professional about how we express our criticism). You will never meet one of us who says, "the game is perfect". We have no shortage of ideas of how to make the game better and we are lucky enough to show up to work every day and try to make those things happen.

We've built the team around the people who we consider to be the top developers in the entire industry. And because of that, we view them as amazing, creative individual contributors and not just "mindless implementers" who can be easily multiplied to increase output.

Each of us wants to be involved and contribute to all of these things plus 10,000 other OW-related things that come up each day. We are the 100 people who created the experience and whether it is good or bad, that's on us. We know we're only as good as our last patch.

Our passion and love is for making and playing Overwatch. Things like posting on the forums -- for many of us -- is not a normal or core part of our job. From Day 1, we felt like we wanted to be a development team that communicated more openly with our player base. We tried to make as many posts on these forums as possible. Our intention -- more than anything -- was show a presence and let you know that we're listening. We're not naive enough to think that we can sufficiently address each player's concerns here. But we do want you to know that we -- the OW development team -- are here with you, listening.

We try to do other things to let you know that we're part of this community as well. We make Developer Update videos so we can talk directly to you and explain what we're doing and why we're making decisions. We do not hide behind online handles or layers of Community Managers and PR Spokespeople.

Developers speak to you directly, using our real names.

And if you'll allow me to speak openly for a moment -- it's scary. Overall, the community is awesome to us. But there are some pretty mean people out there. All of our developers are free to post on these forums. Very few of us actually do because it's extremely intimidating and/or time consuming. It's very easy to post the wrong thing and make a "promise" to the community that no one intended to make. Once we say we're working on something, we're not allowed to "take it back". It's set in stone.

Also, because we are open with you and do not hide behind an anonymous handle (like all of you have the luxury of doing), we often times get personally attacked and threatened.

Most great developers I know just love being head's down making or playing games. The "public speaking/posting" part of the job is downright scary and intimidating. It often feels like there is no winning.

As a result, there are a small few of us who do most of the posting here. Two weeks ago, I was offsite all week without posting access (I cannot make forum posts from my phone for security reasons). The week after that, I came into the office 1 hour later than I normally do (I was feeling extremely fatigued and rather than waking up at 5:40am like I do most days, I woke up at 6:30am). The end result was that for 2 weeks I haven't posted at my normal rate. I apologize that it's been a quiet two weeks but that doesn't mean that we -- the OW team -- haven't been working just as hard as we always do and are not dedicated to making this game great.

Just because there are "a lot of threads" or "a lot of upvotes" about a certain topic, does not mean we're not paying extremely close attention to not only the community feedback -- but more importantly -- the game itself.

Of course the team talks about Mercy. Of course we talk about Ana. But we talk about all of the heroes. If we post, "we're talking about Mercy" immediately there is an expectation that she is going to be radically changed in the next patch when the truth is, we might just leave her how she is for a while. We're not allowed to post that here without our bosses (and I am talking literally here) receiving emails from some of you demanding we be fired. It's not exactly what I would call a safe environment for creative people to openly express their thoughts and feelings.

Anyway, we always appreciate feedback when it is expressed in an open, direct and constructive way. Player feedback is what has made this game great. We will try to communicate as much as we can. We love being a part of the community and we don't ever want to view ourselves or be viewed as being separate or removed from that.

Thanks for being patient with us.