According to Rockstar, the Western sequel (actually a prequel) revolves around outlaw Arthur Morgan and follows the bloody exploits of the infamous Van der Linde gang as they "rob, fight and steal their way across the vast and rugged heart of America in order to survive." Ran by Dutch Van der Linde, the trailer shows the band of outlaws ransacking their path across the Wild West. John Marston, the protagonist in the original game, ran with the gang before the events of Red Dead Redemption.

On another note, Sony confirmed that the new trailer was captured on a PlayStation 4. Rockstar is spinning some serious magic here and it's clear the delay made for some serious polish, but no release date was made--the game is still listed for "Spring 2018" on PS4 and Xbox One. A PC version of the game has yet to be announced. 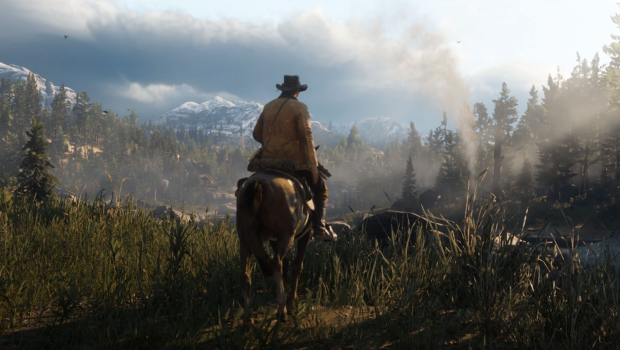