To celebrate the upcoming home video release of Disney's 'Pirates of the Caribbean: Dead Men Tell No Tales', we have ten awesome Blu-ray prize packs to give away thanks to our friends at Disney Home Entertainment. Each pack includes a Blu-ray copy of the film, a bandana, notebook, water bottle, and travel pouch all enclosed in a travel bag! 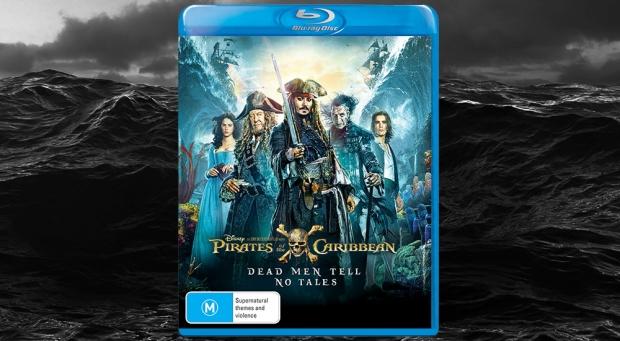 Captain Jack Sparrow finds the winds of ill-fortune blowing even more strongly when deadly ghost pirates led by his old nemesis, the terrifying Captain Salazar, escape from the Devil's Triangle, determined to kill every pirate at sea...including him. Captain Jack's only hope of survival lies in seeking out the legendary Trident of Poseidon, a powerful artifact that bestows upon its possessor total control over the seas.

To go into the running to win a prize, post this article to your social media profiles and send your correct answer to the following question (along with your postal address), to ben at TweakTown dot com before the competition closes on September:

In what year did the 'Pirates of the Caribbean' ride originally open at Disneyland?

Disney's 'Pirates of the Caribbean: Dead Men Tell No Tales' is available to purchase on 4K Ultra HD, Blu-ray and DVD at leading Australian retailers from September 16.