With its new TR200 SSD line, Toshiba is bringing its potent TLC BiCS Flash 3D NAND memory to the retail market for the first time. 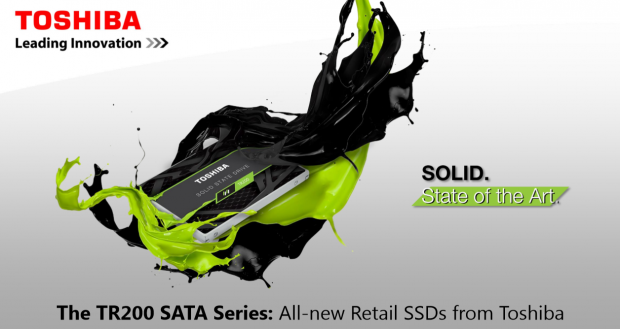 Toshiba's new TR200 SSD brand is the first to ship with the company's state of the art 64-layer 3-bit-per-cell TLC BiCS Flash memory, which enables massive power efficiency with 1.6W of power usage and speedy transfers over SATA. The TR200 line will be the only SATA drives Toshiba releases from now onward, and is targeted at first-time upgraders and value-oriented PC gamers and DIY enthusiasts. 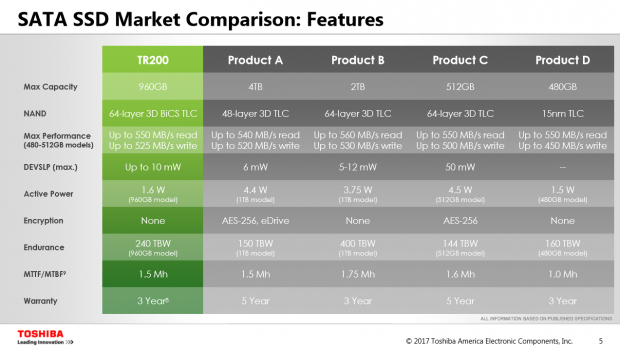 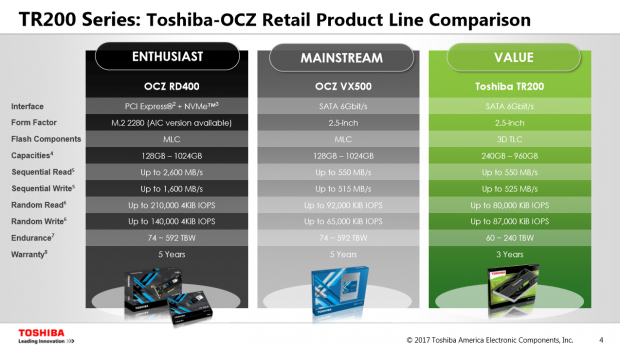 TR200 will be showcased at ChinaJoy in July and GamesCom in August, and will start shipping to retailers this Fall.

"Seeking to provide enhanced real-world performance and value to customers, the TR200 SSDs were engineered from the ground up utilizing the latest 3D flash memory technology to be a cost-effective and power-optimized storage solution for desktop and mobile upgraders, gamers, and system builders." 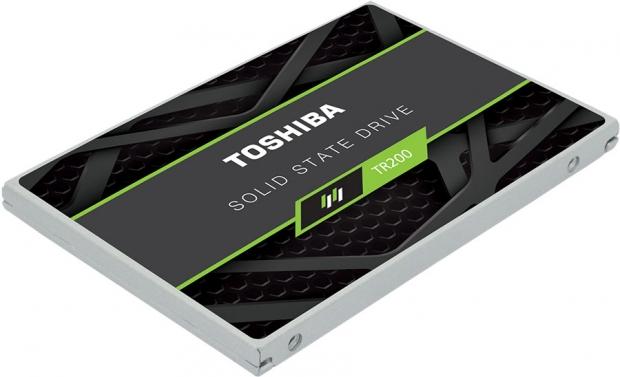