For a while now we hear rumors that Apple or Samsung will launch a smartphone with a fingerprint sensor embedded in the screen. It was expected that Samsung might introduce this feature with the Galaxy S8, but that didn't happen. According to the latest reports, the Note8 might also be without this feature.

As for Apple, there are some reports that claim that the iPhone 8 might have this feature, but nothing has been confirmed yet. 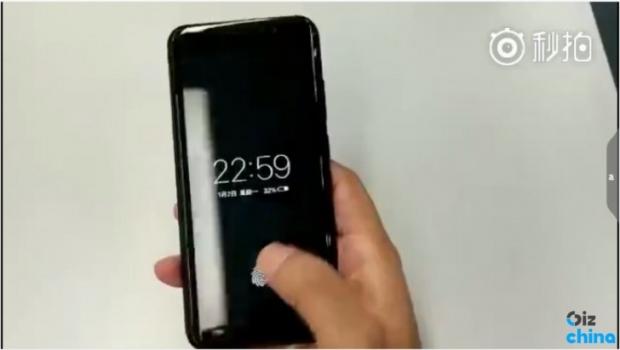 Now, a new report from China says that a totally unexpected company might be the first to launch a smartphone with a fingerprint scanner embedded under the glass - Vivo.

The leak is accompanied by an image of the phone that reportedly comes with this feature.

An analyst from China says that Vivo will launch this device on June 28th, but take that information with a grain of salt because nothing has been officially confirmed yet.