Computex 2017 - G.SKILL today announced a high-speed memory breakthrough at the showfloor in Taipei, Taiwan by hitting DDR4-4800 speeds with its 16GB TridentZ kits--and breaking the DDR4-4000 threshold with its RGB memory. 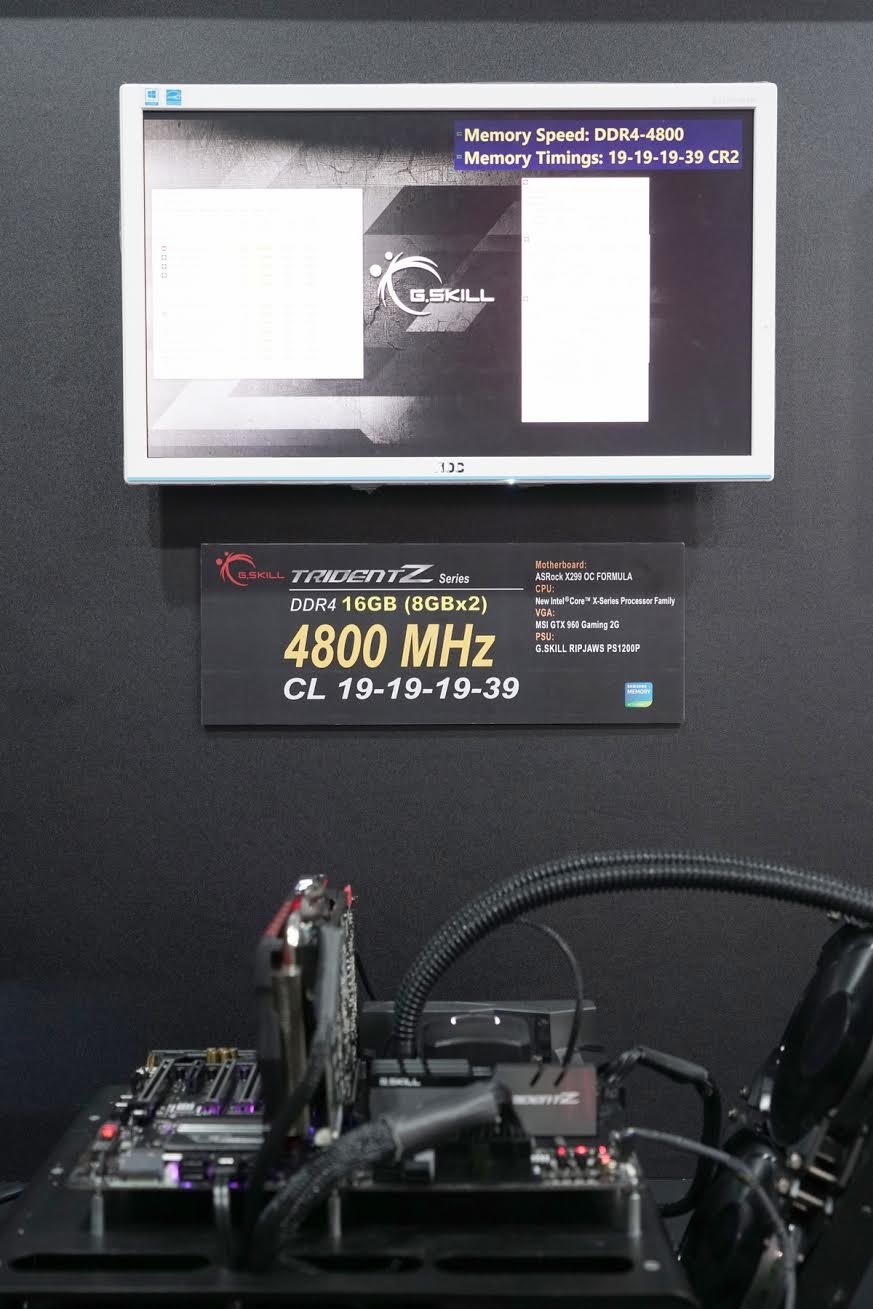 Armed with Intel's new high-end Core X series of processors and X299 chipset motherboards, G.SKILL was able to push its 16GB (8GB x 2) DDR4 kits to an amazing 4800MHz with CL19-19- 19-39 timings. This inches G.SKILL even closer to the DDR4-5000 mark without liquid nitrogen cooling. The demo leveraged an Intel Core X-Series processor and a ASRock X299 OC Formula motherboard. 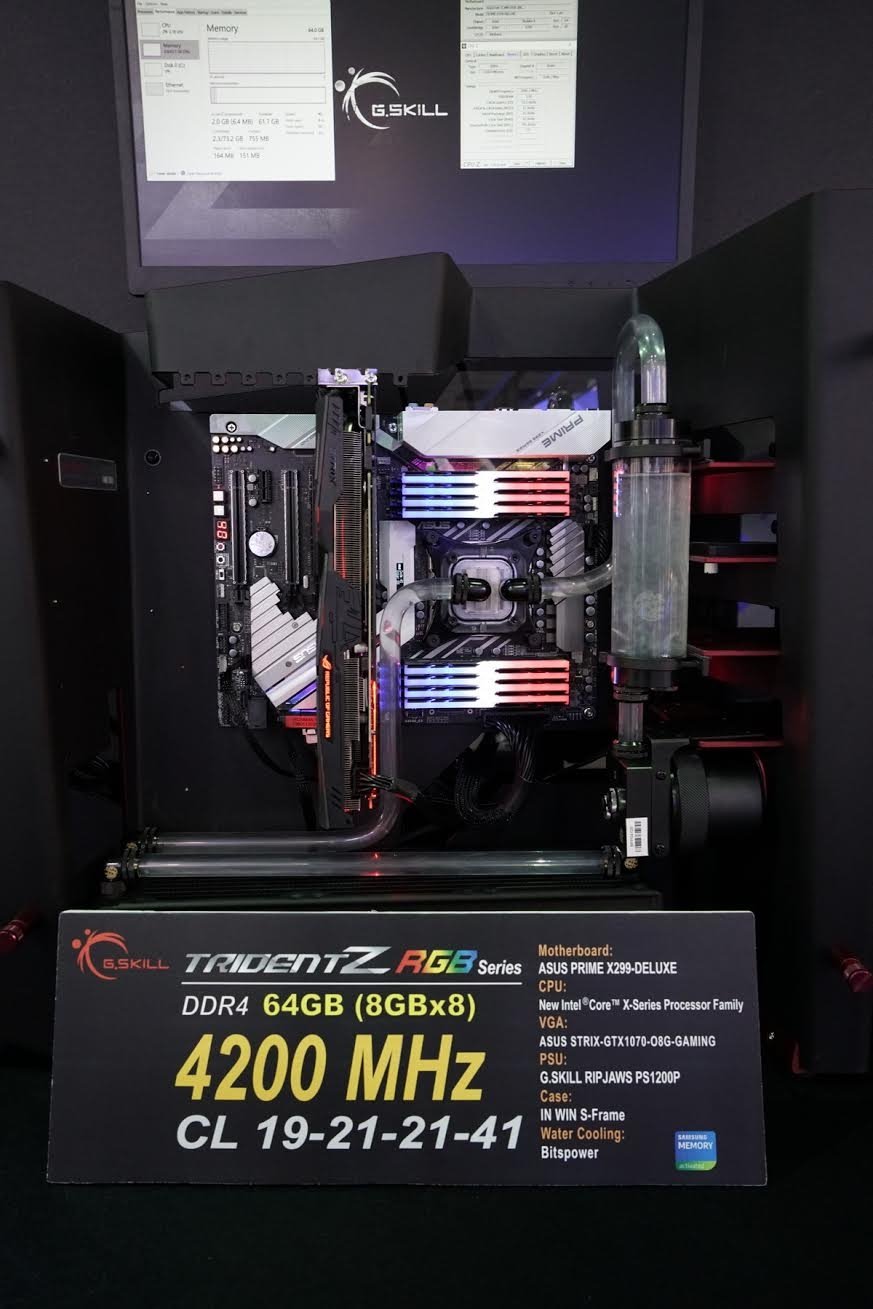 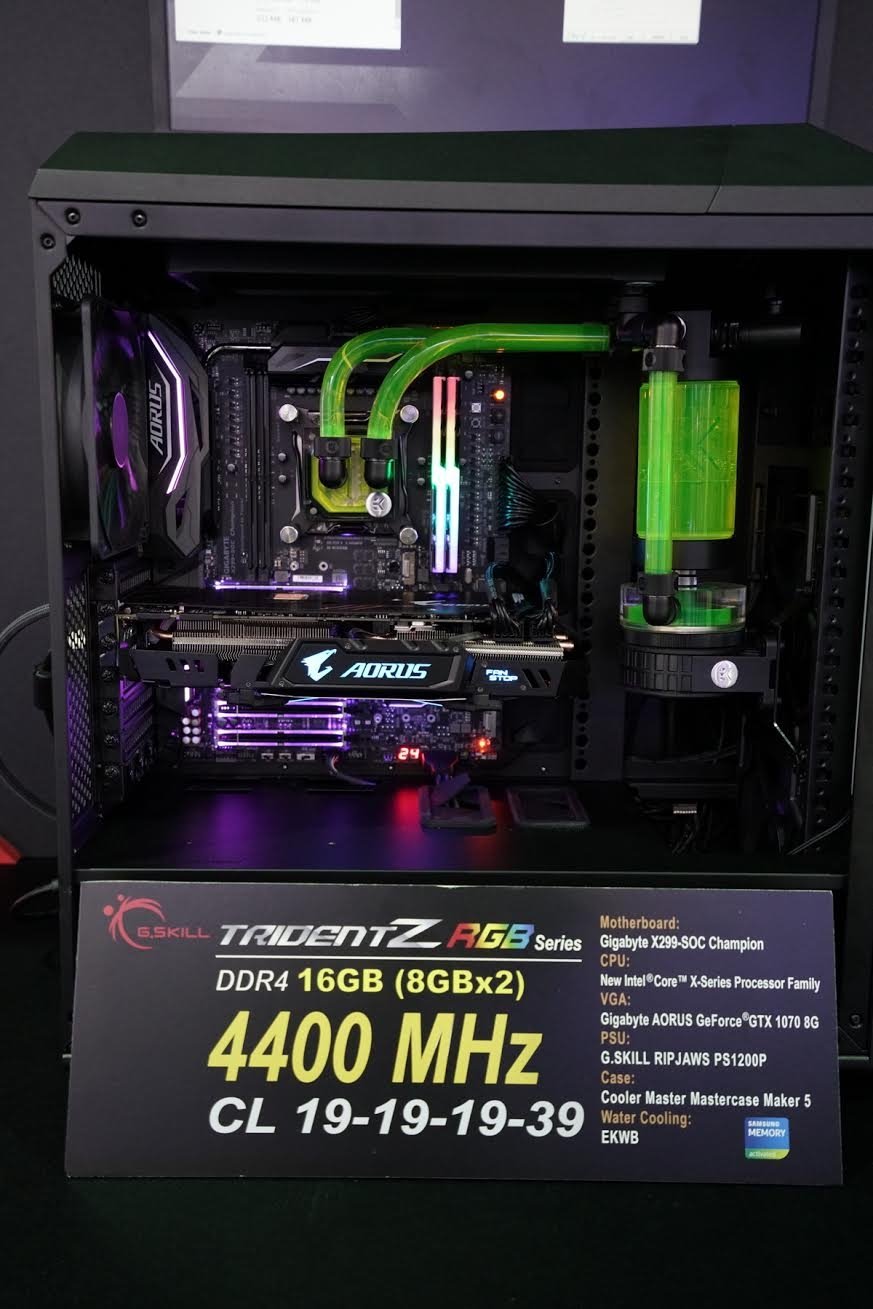 Last but not least, we have the third high-speed breakthrough for Trident Z memory, this time with its 16GB modules. 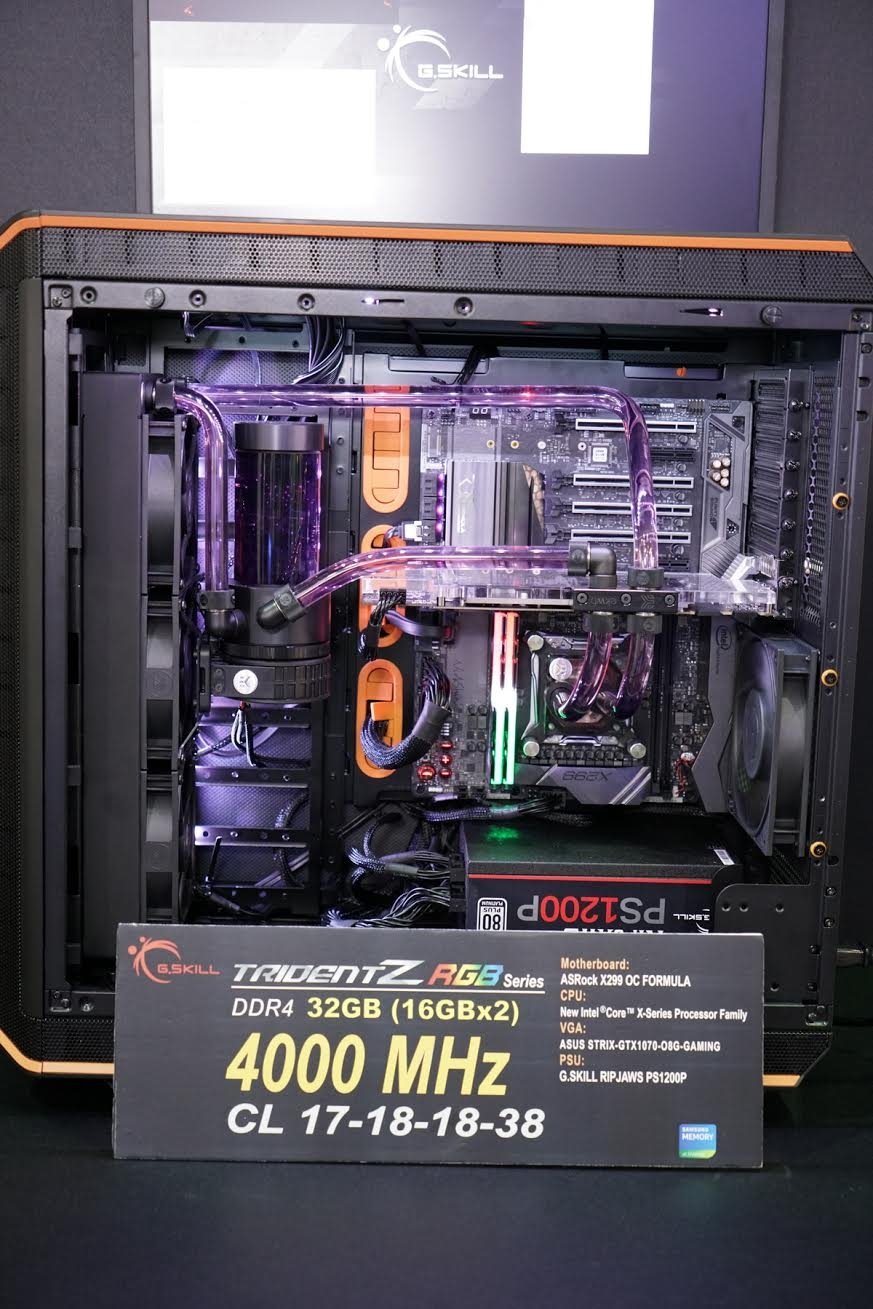 Note that Intel's XMP 2.0 profiles are required to hit these speeds.