NVIDIA's latest version of GeForce Experience now has built-in support for gameplay recording through ShadowPlay for Vulkan and OpenGL-based games.

Until now, ShadowPlay only worked with DirectX-based games, but now GFE is opening its doors to new APIs. The updated version of GFE also features improved user controls for broadcast, gallery, and upload.

NVIDIA's official news post states: "In other words, you can now stream and record your Minecraft and Doom gameplay with the press of one hotkey, and use the built-in overlay to easily share to Facebook, Google, Twitch, and more. It's powered by our acclaimed ShadowPlay technology, so you can capture up to 4K 60 FPS and never miss a beat while you game". 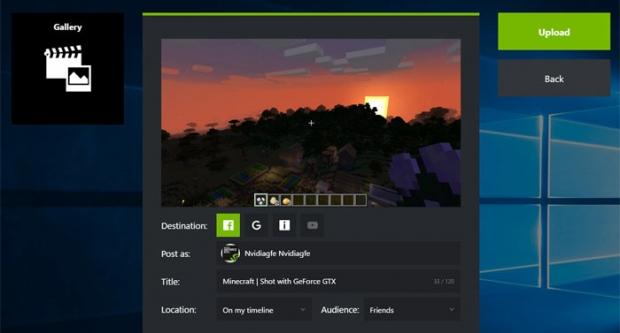