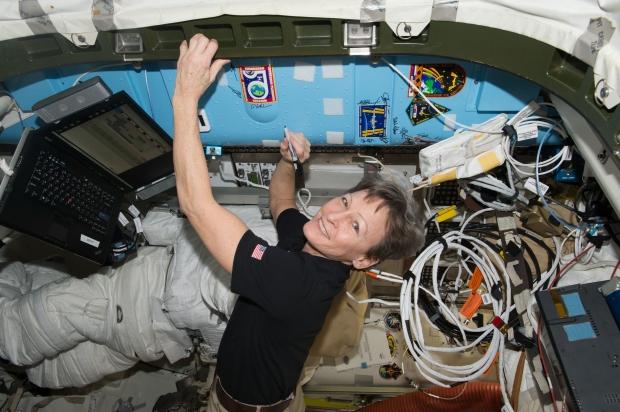 At the moment of breaking the record, Whitson spent 534 days, 2 hours, and 49 minutes in space. And with the recent extension of her stay at the International Space Station, she will accumulate even more time. When she returns to Earth, she'll have spent more than 650 days in space, and decades supporting spaceflight from the ground.

Until now, the record-holder, when talking about the US astronauts, was Jeff Williams with 534 days, 2 hours and 48 minutes of cumulative time in space.

Whitson made her first trip to the ISS in 2002, and she stayed aboard the Station for 182 days. In 2008, Whitson returned as commander of Expedition 16, and she spent another 192 days in space. She returned for her third stay in November 2016.

Between trips to space, Whitson was named the chief of the astronaut office in 2009, becoming the first female to hold the position, which she remained in until 2012.

The record for the cumulative time in space belongs to cosmonaut Gennady Padalka, who has spent 879 days in space over five missions. He worked on both Mir and the International Space Station.