Quake was my original FPS love, with thousands of hours pumped into the original (and rocking my 3dfx Voodoo 4MB graphics card at the time) and into its sequels, Quake II and Quake III Arena. Now, we have the news that Quake Champions, being developed by id Software once again, will be a free-to-play game. 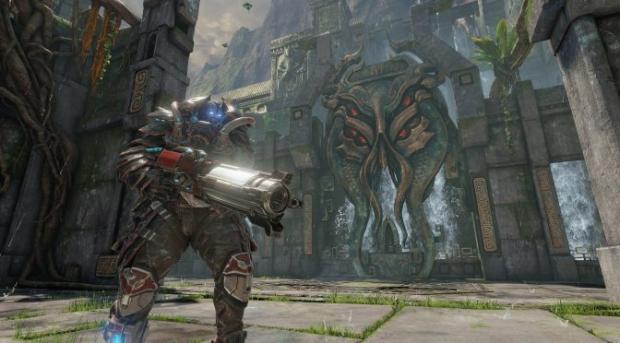 We've been introduced to one of the Champions already, but id Software's Tim Willits has come out saying: "At its core, it's a free-to-play game," Willits said, "with the option to buy the Champion Pack and just get in and play with all the Champions. There are a number of Quake players that just want to play their Quake, right? And they are familiar with the business model of our previous games, and they are totally fine. 'I want to buy the game. I want to start playing. I want to have access to all the Champions".

He continued: "But then we also understand that we want to get as many people into the game as possible, especially outside of North America and Western Europe, where we have a massive fan base. So we want to have the flexibility to have a free-to-play option for those people".

This means that Quake Champions itself is free and all of its maps will be available to everyone, but free-to-play side will be seeing in-currency - something called Favor, which can be used to play other Champions for a limited amount of time.