The Soyuz MS-02 successfully launched from the Baikonur Cosmodrome in Kazakhstan to the International Space Station at 4:05 AM EDT Wednesday, October 19. NASA astronaut Shane Kimbrough and cosmonauts Sergey Ryzhikov and Andrey Borisenko of the Russian space agency Roscosmos are now safely in orbit. 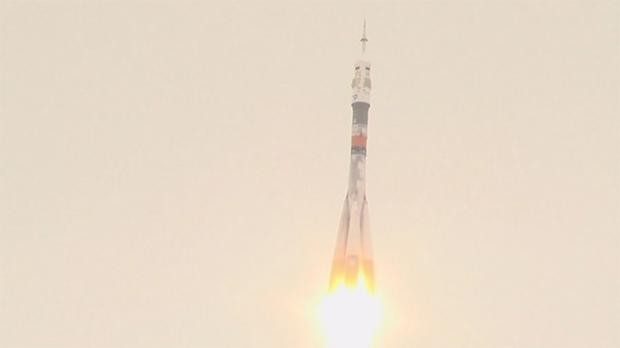 Over the next two days, they will orbit the Earth 34 times before docking to the Space Station's module on Friday, October 21. The two cosmonauts and an astronaut are a part of ISS Expedition 49, and upon their arrival at the Station, they will be welcomed by the rest of the members - Anatoli Ivanishin, Kathleen Rubins and Takuya Onishi, who arrived at the Station in July.

Kimbrough, Ryzhikov and Borisenko will spend a little more than four months aboard the Space Station, and their return to Earth is scheduled for late February.

.@Astro_Kimbrough gives us a thumbs-up as he & his crewmates spend two days orbiting the Earth before docking to @Space_Station on Friday pic.twitter.com/My9Jy6IiRd

The initial launch was planned for September 23rd but because of technical difficulties with the Soyuz MS-02 spacecraft it was postponed to October 19th.

The launch also marked 131st flight of the Soyuz spacecraft.