Things are about to escalate for Samsung, with yet another Galaxy Note 7 exploding and hurting someone, with this one being another replacement Note 7 that are meant to be fine. 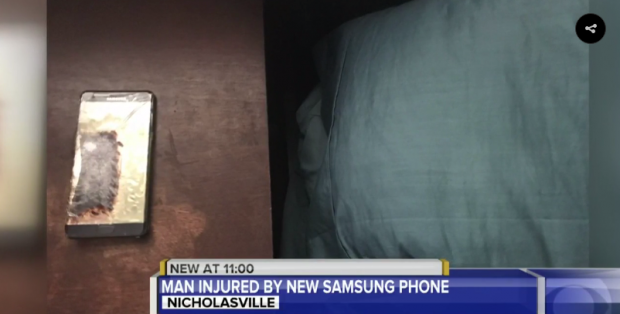 WKYT reports that on Tuesday morning at 4am, Michael Klering and his wife were woken by a hissing sound coming from within the bedroom. Klering said: "I was scared to death for a minute. The whole room just covered in smoke, smells awful. I look over and my phone is on fire".

Klering said he had the replacement Galaxy Note 7 smartphone for just over a week before it fried, adding: "The phone is supposed to be the replacement, so you would have thought it would be safe. It wasn't plugged in. It wasn't anything, it was just sitting there". Later in the day he said he was feeling sick, so he went to the ER. He said: "I was vomiting black so it was very scary. It was a lot of black stuff and it didn't look right".

WKYT were provided with hospital records from Klering which "stated he was diagnosed with acute bronchitis", and according to a report from a Nicholasville Fire Department, which stated that Klering had suffered from smoke inihilation. This is the scary part, as it looks like whatever smoke he did breathe in had harmed him in a big way if he was vomiting "black stuff". 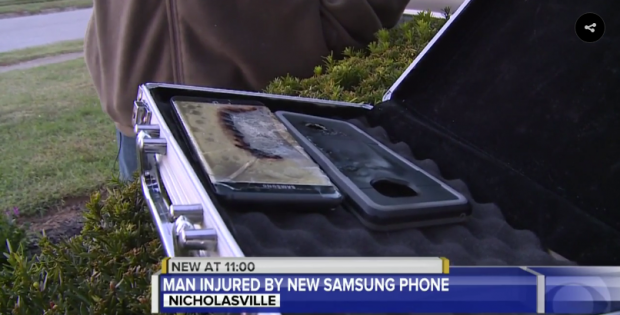 Samsung has been in contact with Klering, saying they wanted him to send them the dead Galaxy Note 7, but Klering refused - instead, Samsung paid for the phone to get x-rayed. From here it turns into a mystery movie, as Klering said he was accidentally sent a message from a Samsung representative that was not meant for him.

The message read: "Just now got this. I can try and slow him down if we think it will matter, or we just let him do what he keeps threatening to do and see if he does it".

Of course seeing that would be unnerving, with Klering adding: "It made me think you know they're not taking this serious enough and it's time to move on". He is now seeking legal help, adding: "They're in kid's pockets, people's cars, all kinds of things. We saw with the first ones. Samsung needs to do something to get these off the market".