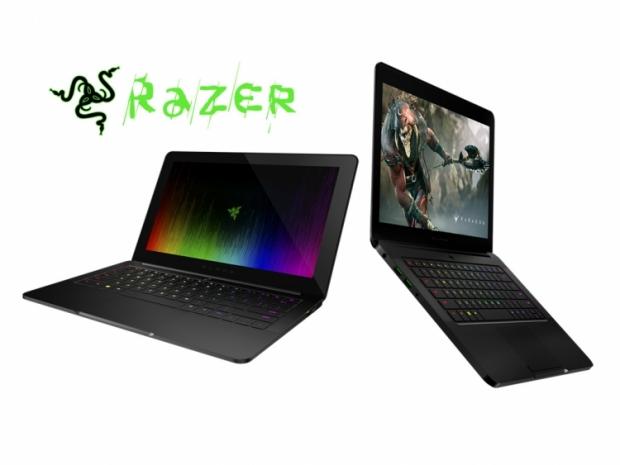 The new 14-inch Blade notebook doesn't look any different to the current (or is that now last-gen) Blade, which rocks a Core i7-6700HQ and 16GB of DDR4 RAM. Inside of the new Blade, Razer has opted for the GeForce GTX 1060, which is VR-ready. 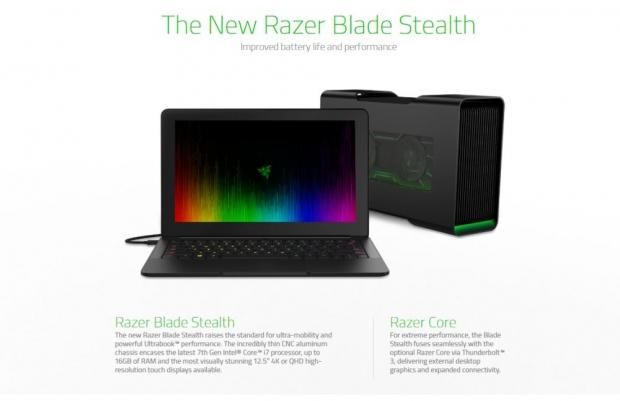 It's the new Razer Blade Stealth that has me impressed, with some more CPU options on offer in the Kaby Lake-based Core i7-7500U, replacing the older Core i7-6500U. Intel's new Core i7-7500U is a dual-core CPU with Hyper-Threading, so we have 4 threads at 2.7GHz base, or 3.5GHz Turbo clock. The same Intel HD Graphics 620 are included. 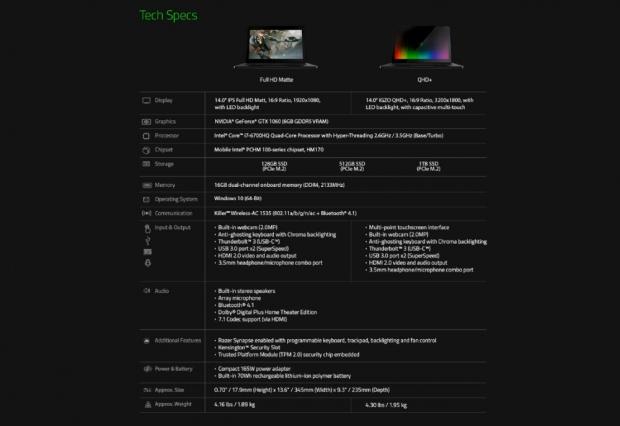 Razer has also provided a bigger and better battery for the new Blade Stealth, raising it from 45kWh to a much bigger 53.6kWh battery. 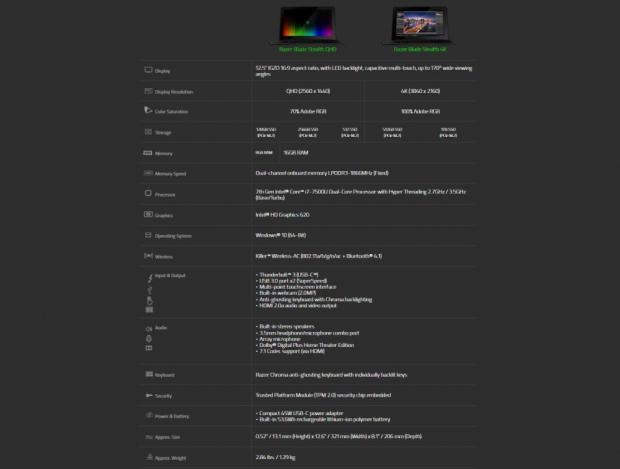 Both of the new gaming laptops rock Thunderbolt 3 connectivity, using USB Type-C to connect through to Razer's external graphics card solution: Razer Core. The new Blade is equipped with a GTX 1060, so you should be fine for most things there, but if you wanted to power an external LCD or TV, then you'll want the additional GPU power. If you're using the Blade Stealth, the external GPU could come in handy very quickly, as it only rocks integrated graphics.

Now, pricing... Razer has it's new Blade Stealth starting at $999, while the higher-end Blade starts at $1799. Both models are available right now.