HTC has had a great run of success with the Vive, with it being a superior VR experience thanks to its room scale VR and two controllers bundled for $799. HTC is now teasing its next-gen Vive headset, which doesn't yet have an official name - but Vive 2.0 sounds awesome. 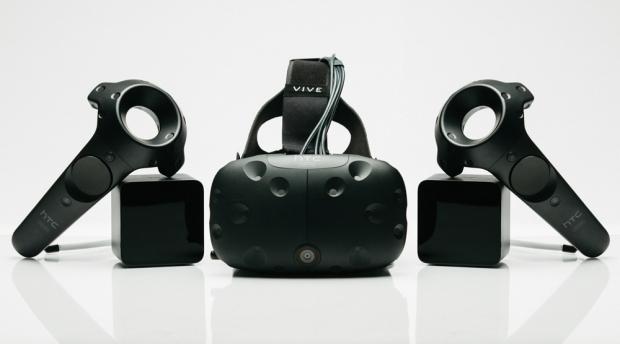 Earlier this year the company split its VR division into its own subsidiary: Vive Corporation, with Raymond Pao in the position of Vice President for Future Technologies, as well as HTC itself. Pao traverses the globe finding new inspiration for next-gen technology, including the next Vive headset, with his latest trip seeing him spend some time in San Francisco with the team from Upload VR, and talking up a tiny storm on the Vive 2.0 headset.

Pao said: "We are still having internal discussions as to what the next generation will be. And we don't feel that we are limited by time or any one particular new feature", and when pressed about the possibility of wireless VR with the new Vive, he said: "Internally we have a couple ideas but its not solid yet and its not at the stage where we are confident that we have a plan".

HTC has much bigger plans for the future of VR now that it has hit success with the Vive, and thanks to its new Vive Corporation forming, Pao says HTC that their vision "is to see VR become the next major computing platform. We want our next headset to be something not just for gamers. We focused on gamers at launch but in the future we want to build something that could revolutionize healthcare, commerce, socialization, and travel".

I don't care what the new Vive ends up being, but I'll pre-order one as soon as humanly possible. I pre-ordered and paid over $1400 AUD to have it shipped to me in Australia, and is really is an amazing piece of technology. For the very first consumer VR headset released by HTC, which has otherwise struggled quite badly in the last few years in its mobile division - it hit a home run with the Vive.