Destiny's new expansion will be called Rise of Iron, and it'll feature a dedicated raid activity along with expansive content. 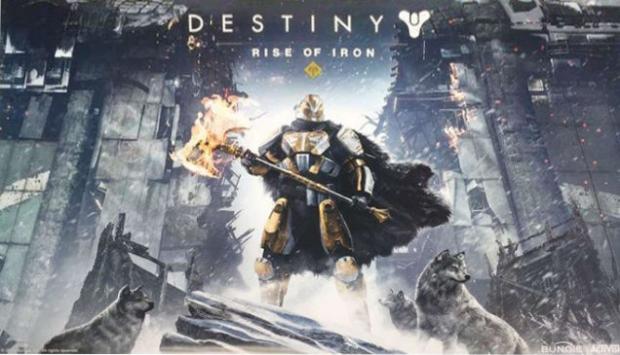 A promo pic for Destiny's new Rise of Iron DLC was leaked onto Reddit just hours ago, and sources confirmed to Kotaku that the promotional image is indeed genuine. The outlet reports that Rise of Iron will have its own raid activity that's "loosely based" on the scrapped House of Wolves raid, and the expansion will be bigger than The Dark Below and House of Wolves--but likely not as big as The Taken King.

Rise of Iron shows the Iron Banner's Lord Saladin brandishing a fearsome fiery axe, and the expansion will obviously be based on the game's legendary nine Lords of Iron Titans. We could even see old Ironlords like Timur, Felwinter, Perun and Radegast appear once again in some form.

Destiny's new Rise of Iron expansion will likely drop in September, as Destiny 2 has been pushed back to 2017, and we'll likely see an official reveal at E3 2016. Bear in mind Activision won't be at the show, so we'll see it unveiled at Sony or Microsoft's press event--likely Sony's due to Activision's exclusivity deals.