FCC filings posted earlier this week outed the existence of a Xbox One refresh, possibly the rumored Xbox One Slim. Now Anatel (Brazil's version of the FCC) has published pictures of the new console's wireless card, giving even more inference on the upcoming console refresh. 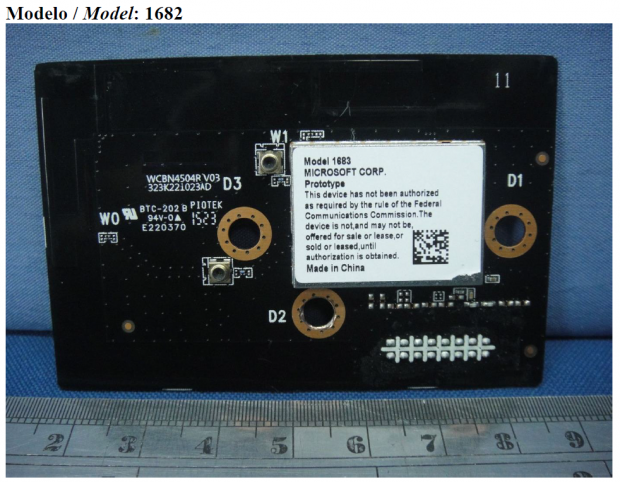 Although the FCC has locked specific details of the new tech behind an NDA, Brazil's Anatel posted the pictures online. The new wireless card's 1683 model number matches those found in the FCC filings and identifies the device as the new Xbox One's 802.11a/b/g/n/ac 2T2R dual-band wireless LAN radio. We've included a side-by-side slide so you can compare the new chip with the current Xbox One model.

Since the FCC's embargo lifts on June 25, Microsoft is expected to formally unveil the new Xbox One console at E3 2016 in June. Rumblings in the industry speculate that the new revised console could be an Xbox One Slim--a thin, digital-only set-top box for game streaming. As far as console upgrades go, Microsoft doesn't believe in mid-cycle upgrades: they don't want to take half-steps, but instead full-steps with dramatically improved hardware.

So there's a chance that we could see the next-gen Xbox unveiled at E3 2016, but I think a Xbox One refresh iteration is more likely. On the other hand, we reported that Microsoft's next-gen Xbox console could be called Xbox NeXt, and may leverage AMD's new 14nm Polaris graphics technology.