You might think that something like a "trading simulator" would be boring as can be. But you might be terribly wrong too. Remember The Oregon Trail? Oh yeah, that's been remastered and re-released too. That and all manner of management sims seem to gain popularity, even among their own small niches. But still, they can be great to relax to for many reasons. Caravan wants to offer you something like that. But with an Eastern flair. 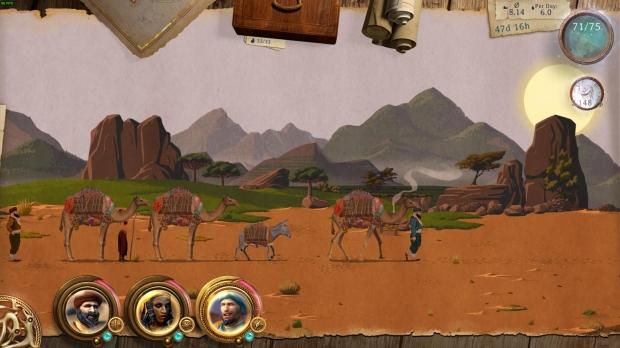 Just what is it? Well, Caravan is a trading and exploration game with a bit of strategy and RPG mixed in. On top of that there's actually story that's being told as you progress. You'll be in control of a caravan in the pre-medieval Orient with the ability to travel to the various towns along the Arabic peninsula. Your caravan will steadily grow as you across more members, heroes and camels. And they're not just making it an easy "trading" game, there's a big emphasis on recreating all the dangers, adventure, tempting business opportunities and even combat that you might run up against.

Of course, there's also that trading mechanism, where you'll manage all the important resources, like water, provisions and the caravan's animals. A tough The really cool thing is that the game is based on actual history. There's elements of real lore and actual history mixed into other fantastical bits.

It looks like one of those games that offers a tremendous amount of reward for your effort. Manage everything like you should, and you'll become rich and have the chance to explore, likely, a pretty good narrative. Sometimes that management portion can have you come away feeling good, when you get it right. For some, other gamers might find it boring and dull. To each their own. 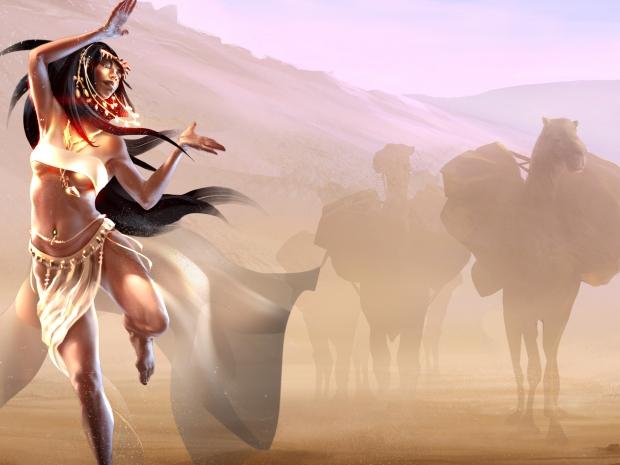