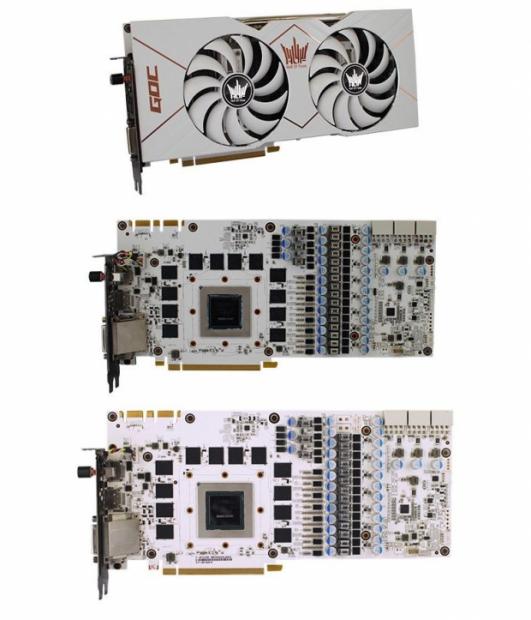 GALAX has provided 3 x 8-pin PCIe power connectors, which can consume a total of 525W of power - for the serious enthusiasts and overclockers out there. The card features a dual-slot design, with two fans to keep it cool. It features a beautiful white theme, with the card being longer than usual cards - so it can handle the two large 10cm fans that keep the GM200 core and VRMs nice and cool.

The heat sink contains five heat pipes that keep the card cool, which are hidden under a new HOF-branded cooler shroud. The GALAX GeForce GTX 980 Ti HOF GOC has a GPU clock of 1203MHz, with a Boost Clock of 1304MHz, with the 6GB of GDDR5 RAM not overclocked at all. 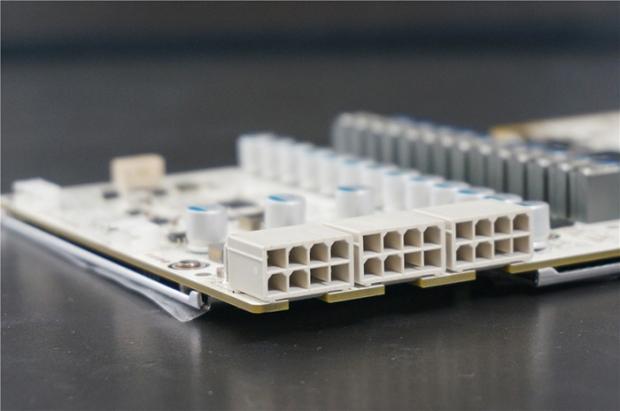