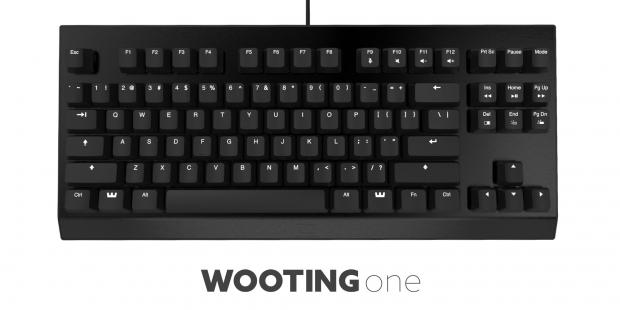 Currently in development and seemingly nearing launch, the main draw of the Wooting One is its pressure sensitive keys, allowing you to dictate exactly how fast a character moves in a game like The Witcher 3, or how precisely you turn in a racing game like Burnout Paradise. If you've used the Dualshock 3 controller before, it's basically that except with keys instead of sticks. Likewise, game support isn't a worry, as it comes at the hardware level. Lastly, if you dislike the feature or just want it off sometimes, you can disable it at any time.

The keys are described as "similar to CherryMX reds but not as light and not too heavy as [with] blacks", so by the sounds of it, you can expect custom keys.

Developer Wooting says it wants to keep the One at a reasonable, midrange price despite its fancy feature, so likely $100 to $150. Even better, said fancy feature doesn't come with a gawdy design or unnecessary extras as is so often the case. As you can see, it sports a slick, minimalist design.