Carmageddon was one of the first games I played in my teenage years, gasping at the unbelievable thought I was playing this crazy gruesome game - especially here in Australia, where everything is banned - except spiders, snakes and sharks, all of those are completely fine.

The trailer teases that you can drive a DeLorean, so you can get some of that nostalgic Back to the Future driving in Carmageddon: Max Damage on. There's no ETA right now, but Stainless Games explains Carmageddon: Max Damage: "Welcome to the homicidal world of Carmageddon: Max Damage, the driving game where you gain points by mowing down the local inhabitants and your opponents are a bunch of crazies in a twisted mix of killing machines! With insane PowerUps, surreal environments and a variety of ways to win, it all adds up to endless hours of violent and hilarious FUN". 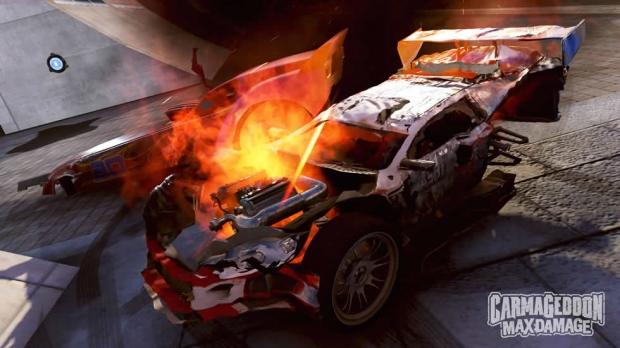