MWC 2016 - LG has just unveiled its G5 smartphone at Mobile World Congress, with it featuring a 5.3-inch QHD display with its native resolution of 2560x1440 and 554PPI. The 'magic slot' was revealed, something hotly anticipated by myself and many others around the world, where it can be used to remove the battery, and so much more. 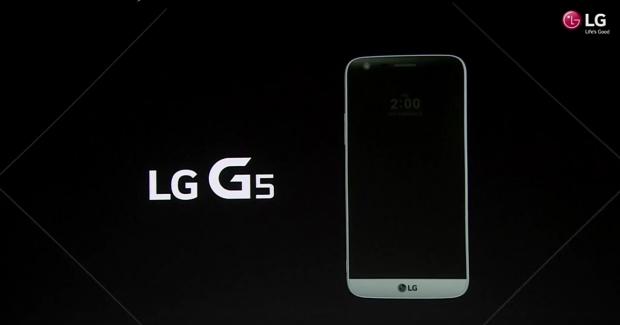 The LG G5 features a full-metal body, with the Qualcomm Snapdragon 820 processor inside. We have 4GB of LPDDR4 RAM, 32GB of onboard storage (expandable up to 2TB with microSD), a 16-megapixel rear-facing camera (that does 8-megapixel wide shots) and an 8-megapixel front-facing camera. Software wise, we have the latest Android 6.0 Marshmallow, and the usual Wi-Fi 802.11 ab/g/n/ac and USB Type-C connectivity. LG has included a 2800mAh removable battery, which is awesome.

The rear-facing camera is interesting, thanks to the 8-megapixel wide-angle lens with a 135-degree field of view, which takes beautiful wide-angle shots. LG also made a big mention of the always-on display, with normal users checking their smartphones at an average of 150 times a day, it's a great idea. This isn't the first time LG has used an always-on display, as it was featured on the V10 smartphone. The G5 is a flagship device, so what about the battery drain from the always-on display? Only 1/3 of the screen is turned on, with LG saying it uses only 0.8% of the battery every hour.

We also have Qualcomm Quick Charge 3.0 charging technology, that will get your smartphone charging up to 4x quicker, and up to 45% more efficient than QC2.0.

LG says it doesn't see much excitement with the release of new smartphones, with LG asking is 'the era of smartphone over' - but LG says the best days of smartphones are still ahead. The G5 will be made in Silver, Titan, Gold, and Pink colors.